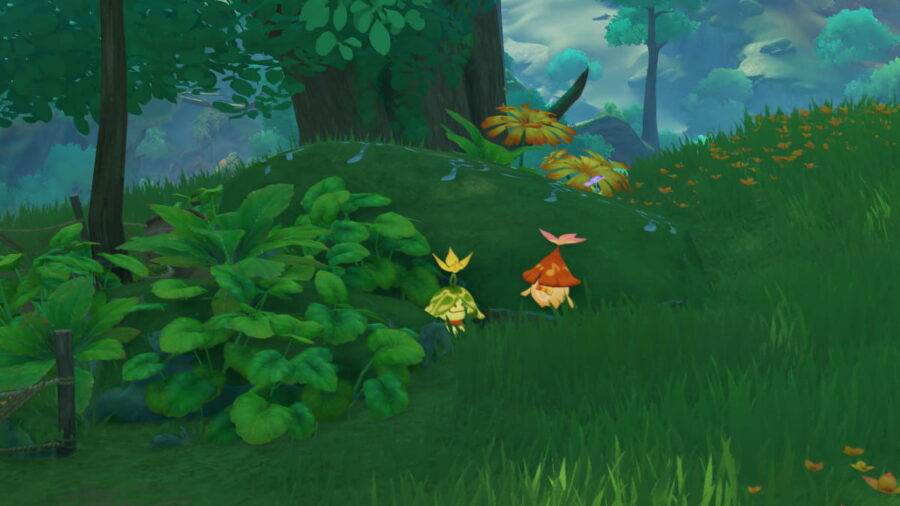 The Rhythm that Nurtures the Sprout is a Sumeru World Quest part of the Aranyaka: Part II - Dream Nursery World Questline. It can be unlocked in the dream Vanarana and consists of three main objectives. In this guide, we'll run you through how to play the music according to the pattern of the roses. This will unlock the Rhythm of the Sprout tune, which you can use to summon Healthy Dendrograna.

How to unlock The Rhythm that Nurtures the Sprout Sumeru World Quest in Genshin Impact – Aranyaka: Part II

To unlock this World Quest, you must complete the first quest in Aranyaka: Part II - Dream Nursery called The World of Aranara. This will unlock Vanarana in the northwestern part of Sumeru’s rainforest area and allow you to switch between the real and dream Vanarana.

You can complete these three in any order. This guide will walk you through completing the first part of The Rhythm that Nurtures the Sprout.

Follow the quest marker west of the Apam Woods, south of the Yasna Monument, where you'll find Arama and Arasudraka. After speaking with them, you'll be asked to observe the Sumeru roses to find a hidden song. Investigate the pattern on the landform behind them. Once that's done, walk toward the bed of Sumeru Roses nearby until all of them are glowing purple.

You'll then be prompted to play music according to the pattern of the roses. Equip the Vintage Lyre and activate it to open the music menu. The game will prompt you to click on the following notes on the third row: do > so > so > la > ti. This is the Rhythm of the Sprout, which you can use to make Healthy Dendrograna grow in empty Sprouting Branches. After, speak to the Aranara to complete this segment.

Check out our guide on How to find the Withering Zone in the Genshin Impact The Rhythm that Nurtures the Sprout World Quest to help you in the next segment of this quest.