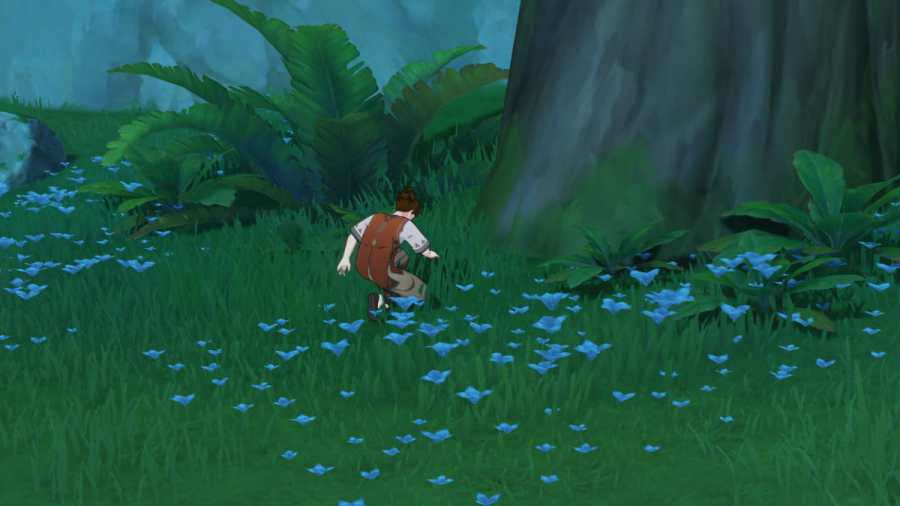 While the Dream Lingers is a World Quest that can be unlocked near the Chatrakam Cave in Sumeru. It involves helping a man named Javi look for the Dream Box he buried under a tree as a kid. Completing this World Quest counts toward your Sumeru Reputation and will unlock a Wonders of the World Achievement called Where Have You Gone, My Dream?

To unlock this World Quest, you must first complete the following Sumeru Archon Quests:

You may also need to unlock the Sumeru City Reputation Board to claim additional rewards. Once those are done, head to the area circled in the image below to find Javi looking for something under a tree.

After speaking to Javi, he'll convince you to help him find his Dream Box. Look behind you to find three glowing Investigate spots. His Dream Box is located on the farthest right. After collecting the box, return to Javi to report your findings.

Since Javi opened Ami's Dream Box without permission, he wants to make it up to her by planting a Sumeru Rose and asks you to find a Seed. There are two ways to do so:

Once you've obtained a Sumeru Rose Seed, follow the quest marker to Port Ormos and speak to Javi and Ami to complete the World Quest.

Check out our Genshin Impact The Rhythm that Reveals the Beastly Trail World Quest Vasara Tree Dream Domain guide to help you complete more World Quests in the region.