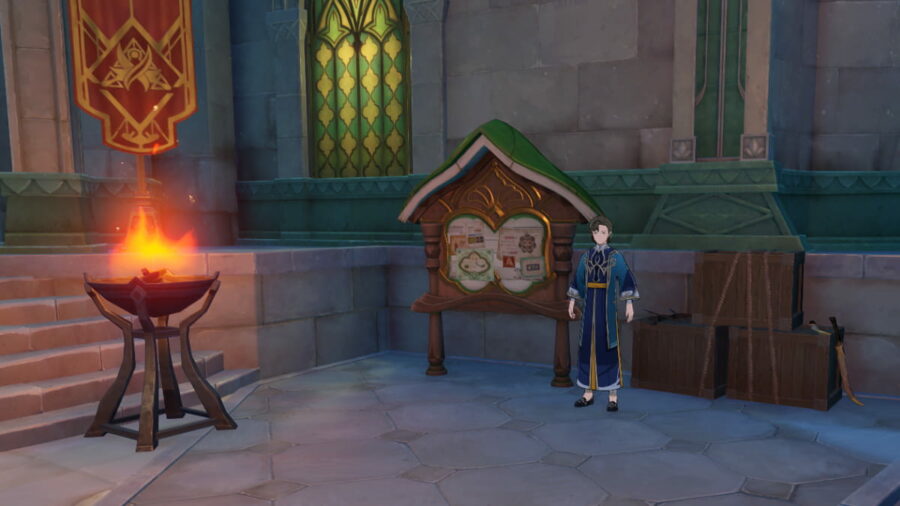 Genshin Impact’s regional Reputation Boards are useful resources that can help you keep track of your exploration progress, while also helping the nation’s citizens by completing Requests and Bounties. In exchange, you can score amazing rewards to help with exploration, including Recipes, Gadgets, Furnishings, Namecards, and even a region-exclusive Glider! Upon stepping foot onto Sumeru City, you might have scurried over to the Reputation Board to start farming for rewards—but don’t rush! Sumeru’s Reputation Board doesn’t instantly unlock. You need to do a few things first.

To unlock Sumeru City’s Reputation Board, you first need to get the World Quest called the Corps of Thirty Recruitment. It unlocks after you complete the first two parts of the Sumeru Archon Quest:

After completing the quest called Dawn, where you speak with Katheryne after breaking out of the samsara, you’ll automatically get the World Quest called Corps of Thirty Recruitment.

Related: How to unseal Ruin Guards & Ruin Graders in Sumeru in Genshin Impact

How to unlock the Sumeru City Reputation Board in Genshin Impact

Initiate the Corps of Thirty Recruitment World Quest and follow the quest marker to the northeast section of Sumeru City, which is occupied by the Corps of Thirty. Speak to Effendi the Researcher to complete the quest and unlock Sumeru’s Reputation Board. You can complete World Quests and other exploration objectives without unlocking this Board, but you can only claim Reputation rewards after doing so. Requests and Bounties unlock at Sumeru Reputation level 2, so you’ll need to explore the region a bit more before grinding these weekly.

Check out our guide on How to unlock the Sumeru Tree of Dreams in Genshin Impact to claim even more exploration rewards in the nation of wisdom.

How to unlock Sumeru Reputation Bounties and Requests in Genshin Impact