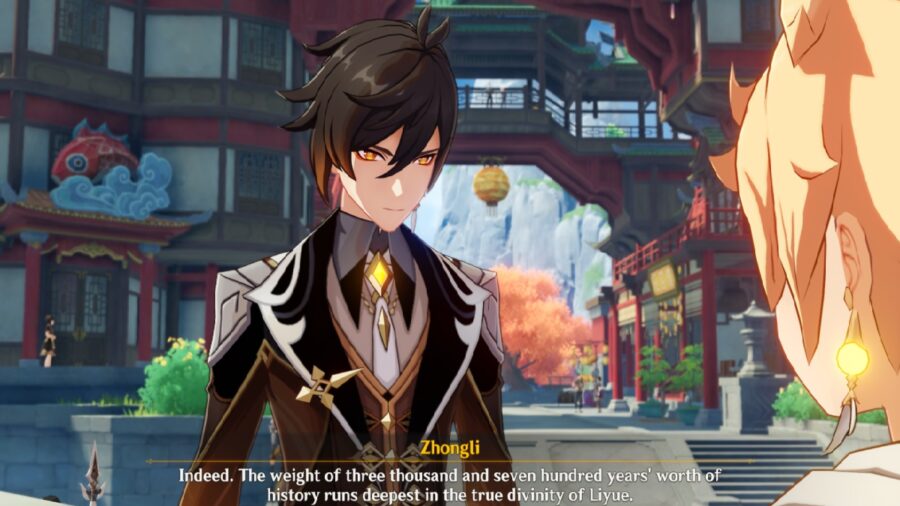 We have made a new format for all of this information, and it includes everything you need to know for Zhongli!

Here's a guide giving more information on what Zhongli, one of the two characters coming can do!

First off is Zhongli, a 5 Star Geo element user, who uses a polearm as a weapon. He is coming to Genshin Impact on December 1, in a banner with Xinyan, one of the other characters that were planned for Version 1.1. If you've been following the main story quests and have gotten to Adventure Rank 29, then you might recognize him as he is in the game!

For Zhongi's materials needed for Ascension and leveling up Talents, head to our Farming for Zhongli Guide where we have a detailed guide on where to get the materials!