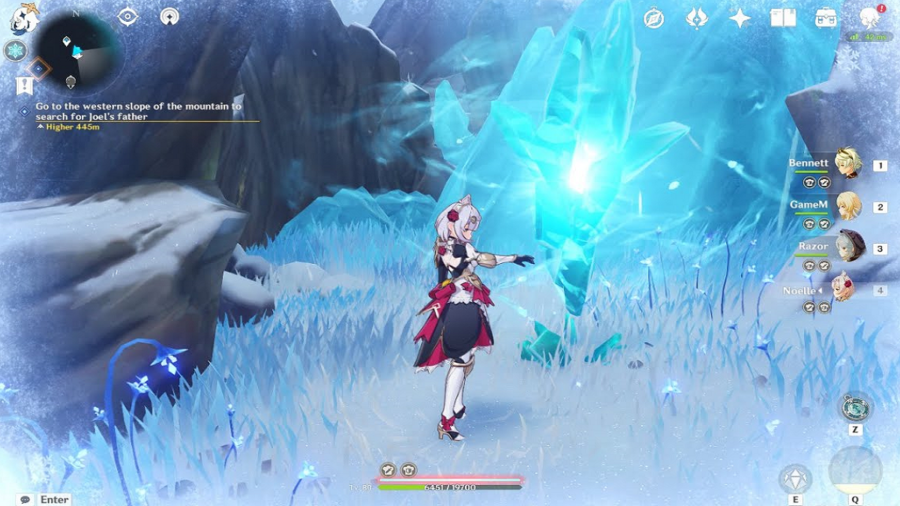 Genshin Impact 1.2 has finally be released, and with it comes an entire new icy region to explore! Fight new enemies, acquire new materials, and take part in a brand new event!

How to break the ice in Dragonspine

To break the ice in the Dragonspine region, you must first locate a new type of red rock/crystal called Scarlet Quartz. Upon breaking this, you will be given a buff upon picking up a shard of it, which allows you to break the ice. However, the buff is only for a limited amount of time, so find Scarlet Quartz next to the ice you are trying to break to reach it in time to smash it!

It makes sense that there is a mechanic revolved around breaking ice on the new region of Dragonspine, as the entire mountain is a snowy, icy area. If the weather is cold enough to make your characters suffer a new status effect called Sheer Cold, it's definitely cold enough to freeze other objects.

Related: Genshin Impact: The Chalk Prince and the Dragon Guide

To smash through ice encasing these objects, you must first locate a red crystal called Scarlet Quartz. This is not hard to find as it's practically everywhere on Dragonspine. However, remember this is not actually an item, so it will not appear in your inventory. It's actually a buff when picking up the shards of the bigger crystal.

Upon acquiring the buff, it gives you the power to shatter those pesky giant Ice Crystals, and it also allows you to break the ice on the Statue of the Seven in Dragonspine. Here is a YouTube video explaining how to do just that:

How to complete the Shuumatsuban Operations World Quest in Genshin Impact

Where to sell the Dragonbone Orb in Genshin Impact

How old is Razor in Genshin Impact?

What are the next daily log-in events in Genshin Impact?