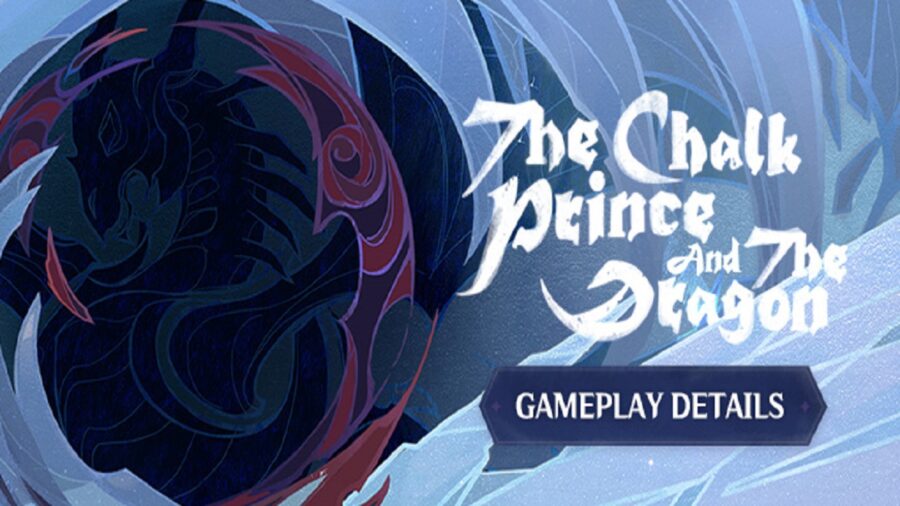 With each new update comes new and exciting things. A launch event seems to be the norm for miHoYo, so of course, upon downloading update 1.2, a new event is waiting for you to start!

The Chalk Prince and the Dragon Guide

The Chalk Prince and the Dragon is a new event in Genshin Impact and came available upon downloaded update v1.2. Below is a guide on the upcoming Acts, and when these come available, to complete this event in its entirety.

Now only one Act is currently available upon starting the region of Dragonspine, and there are four Acts to The Chalk and the Dragon event. However, every two/three days, the next Act will become available. Below are the dates of when this happens.

Upon playing this event, you will unlock a 4 Star Sword, the Festering Desire. As well as earning three kinds of Essence - Glimmering Essence, Warm Essence, and Miraculous Essence.

The amount of Essence earned from completing the challenges within the Acts depends on your World Level. The higher this is, the more rewards you will earn.

The Essence earned can be used to purchase an assortment of items from the Event Shop, including a new type of material called Festering Dragon Marrow, which is a refinement material for Festering Desire. You can also purchase. Talent Level-Up materials, Weapon Ascension Materials, EXP materials, and the Crown of Insight.

THANKS TO GENSHIN HONEY!

Related: Where to find Crimson Agate in Genshin Impact

What are the bonuses on Festering Desire

Festering Desire gets three bonuses during this event but is only active during this event; after the event ends, so do the bonuses. Whoever equips the sword will get the bonuses the weapon offers. However, the abilities activate after completing all the challenges in Act I, Act II, and Act III. 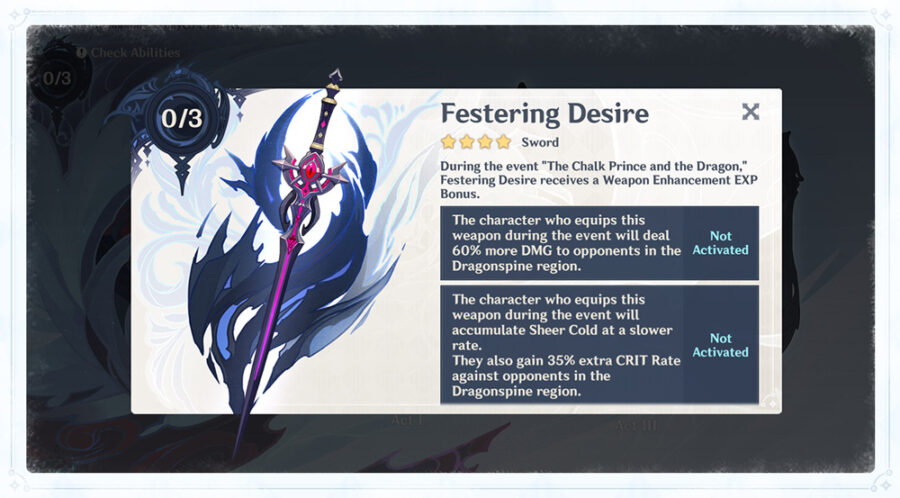 The Chalk and the Dragon Prince Act I

As soon as 1.2 has been downloaded, you must complete the quest Festering Desire; once this has been completed, Act I challenges will become unlocked. Once Act I challenges are unlocked, monsters throughout the Dragonpspine region will drop Rime-Worn Fragments and Rime-Worn Crystals when killed, though it's no easy feat. Follow this guide on How to get Rime-Worn Fragments and Rime-Worn Crystals in Genshin Impact.

You need to collect a fair number of both of these new materials to reach the challenge goals. However, once the challenge has been completed, defeating monsters will no longer drop Rime-Worn Fragments or Rime-Worn Crystals, which is a great indicator that the challenge is done.

By completing this first Act will unlock the first ability of Festering Desire.

Related: How to level up the Frostbearing Tree in Genshin Impact

The Chalk and the Dragon Prince Act II

This event starts on Christmas Day, December 25th, and you must complete the quest Archon's Rival to unlock Act II challenges. By completing these challenges, you will earn the first tier of the Essences, Glimmering Essence.

A new icon will have appeared on the map, head to this new place called the Testing Grounds. This is practically are you enter the Dragonspine region. When you get there, activate the mechanism to begin the challenge.

As the challenge begins, swarms of enemies will appear. However, these enemies are buffed from the Dragon Force from the Ley Lines. Meaning these enemies are tougher than normal. Simultaneously, Snowstorms will start to appear, which will cause you to accumulate the Sheer Cold Status effect, though there is a Ruin Brazier nearby that will keep you warm.

Sadly, the enemies can attack this brazier and temporarily stop it from functioning, so your main priority is to stop this from happening. Protect the Ruin Brazier at all costs.

After all, enemies have been defeated, the challenge is completed, and you will be rewarded with Glimmering Essence. Remember, the amount awarded depends on your World Level.

Once the Act II challenges are done, Festering Desire will have another ability activated.

The Chalk and the Dragon Prince Act III

Act III begins on December 28th, and you must complete the quest Raiders Amidst Snow Mist to unlock the Act III set of challenges. Upon completing this Acts challenge, you will earn the second tier of Essence, Warm Essence.

A new icon will appear on the map. Head to this icon to find the Draconic Pilgrimage area. 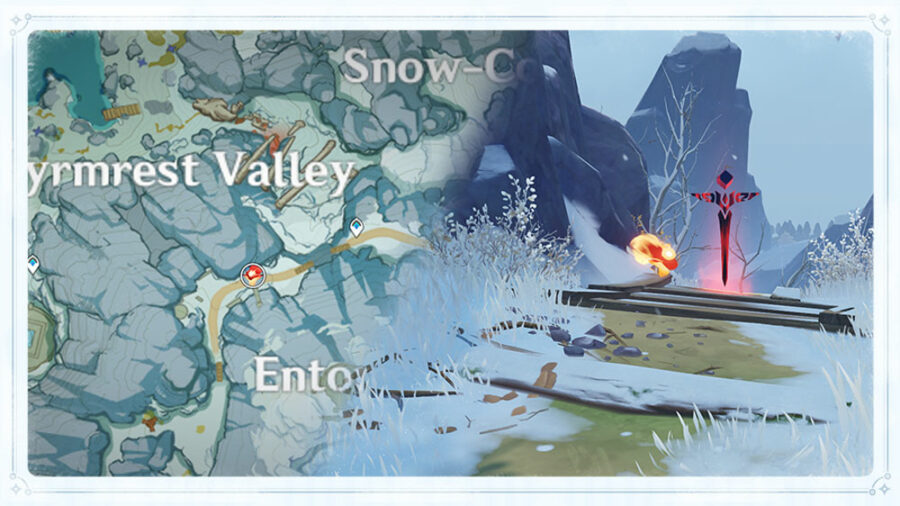 Upon starting this challenge, a Warming Seelie will appear and start moving forwards following the Dragon Force within the Ley Lines. You need to follow this Seelie and defeat any enemies that appear. Of course, due to the Dragon Force, all enemies will once again be buffed. Luckily, the Warming Seelie will drop Scarlet Quartz on the odd occasion, which you can buff yourself up to deal additional damage to these monsters.

Once the Warming Seelie has reached its destination, the challenge will be complete, and you'll be rewarded with Warm Essence. Once this challenge has been done, the third and final ability for Festering Desire will be activated.

Related: How to create the Warming Bottle in Genshin Impact

The Chalk and the Dragon Prince Act IV

Act IV begins on New Year's Eve, on December 31st. Players must complete Uninvited Guests to unlock Act IV's challenges. A new location will be marked on the map like the other Acts, and upon heading to this icon, Frostborn Miracle, you will find the next challenge and get the final tier of Essence, Miraculous Essence.

For this challenge, you have two options; you can enter it alone or complete it via Co-op as you need to defeat a Boss, the Resurgent Cryo Regisvine, within a specific time limit. This enemy has absorbed the power of the Dragon Force for a very long time and will continue to be brought back to life as long as that power lasts.

Upon entering the battle, you will notice that a shield protects Resurgent Cryo Regisvine. Your first task is to break this shield. To do this, you must defeat the monsters that appear in the area around it, and they will drop Scarlet Quartz. Use this buff to break the Frost Thorn, which resembles are large blue crystal on the shield itself. This will cause the shield to disappear.

However, upon doing so, a Snowstorm will appear, causing the Sheer Cold status effect to accumulate more rapidly. Keep a close eye on the Resurgent Cryo Regisvine, as you should notice a blue core should have appeared upon getting rid of the shield.

Your next objective is to destroy this core; this will render the Resurgent Cryo Regisvine inactive for a short amount of time, which is the perfect opportunity to attack it with everything you have!

Eventually, it will come active again and will begin to charge a massive AoE Cryo damage. While it is charging, you need a break a Seed of Winter in the surrounding area; these are blue ice crystals. Upon doing so, this will generate a shield protecting yourself from this massively damaging attack.

Repeat this until the Resurgent Cryo Regisvine lies dead. If you have managed to defeat this boss in the allotted period of time, you will earn Miraculous Essence to spend in the Event Shop. And this concludes The Chalk Prince and the Dragon event!

Is Genshin Impact on Steam