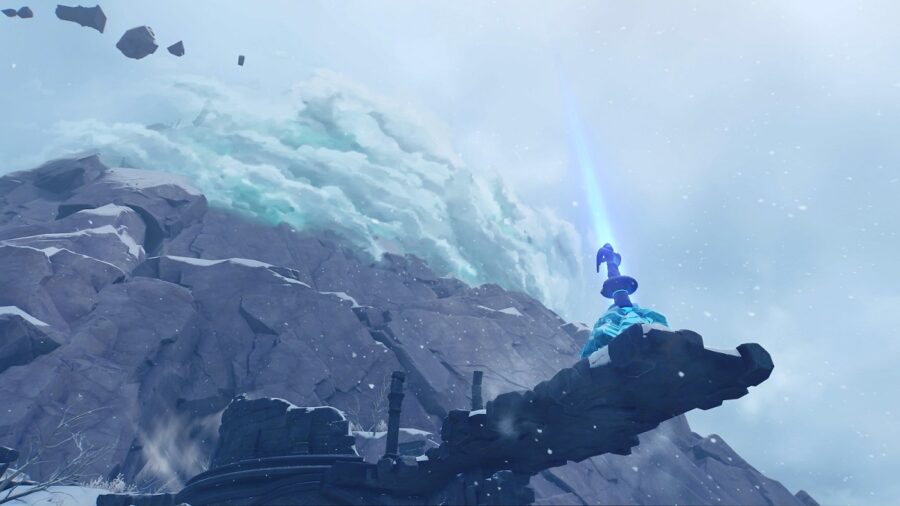 A new material is being added for Act I challenges in the new event, The Chalk Prince and the Dragon. Sadly, this new material will disappear upon completion of said challenge, and they cannot be used for anything else in the game!

How to get Rime-Worn Fragments and Crystals in Genshin Impact

To get Rime-Worn Fragments and Crystals in Genshin Impact, you must first have completed the quest Festering Desire. Once this has been accomplished, enemies of Dragonspine will start dropping these two new items. However, it's not as simple as it sounds.

Rime-Worn Fragments and Crystals are part of Act I of The Chalk Prince and Dragon Event, and these two items are needed to complete it. To find these items, you must complete enemies on the Dragonspine region; going outside of the region to other areas such as Mondstadt and Liyue will not earn you these materials.

As there are two different types, this means that Rime-Worn Fragments are the most common item of the two. Meaning you can kill regular enemies in Dragonspine for them to drop this item, though remember this is random, so you may need to kill a lot. This one is the easier of the two to complete.

Related: Where to find Crimson Agate in Genshin Impact

However, the Rime-Worn Crystals are another matter entirely, as they are the rarer of the two items needed, as they are described as dropped during special circumstances. This could mean that you need to kill the larger enemies for these to drop, maybe in the monster's habitat or kill them when a Snowstorm is happening, which is a special and deadly circumstance if you ask us, especially if you are not prepared.

This makes acquiring the Crystals a bit of a problem, as being in Snowstorms without being prepared can easily get you killed due to the new Sheer Cold effect. A new blue bar appears above your health bar when Sheer Cold is being accumulated; when this gets to the max, your health will start to drain, and when this reaches zero, your character will die.

Make sure that you are prepared before entering a Snowstorm to kill the enemies that drop the Rime-Worn Crystals. You can prepare by having a Pyro user on your team or leveling up the Frostbearing Tree to earn the diagram for the Warming Bottle.

If you are lucky, they may even be Scarlet Quartz in the area, and by smashing this and picking up the material, you will earn a buff that will help reduce the accumulation of Sheer Cold.

This challenge is only Act 1. Check here for the full guide on The Chalk Prince and the Dragon event. There is much to do on the region of Dragonspine, so why not check out our massive Genshin Impact 1.2 Patch Notes. Or find out when the next banner is coming?

Genshin Impact: Where to find Wolfhook?