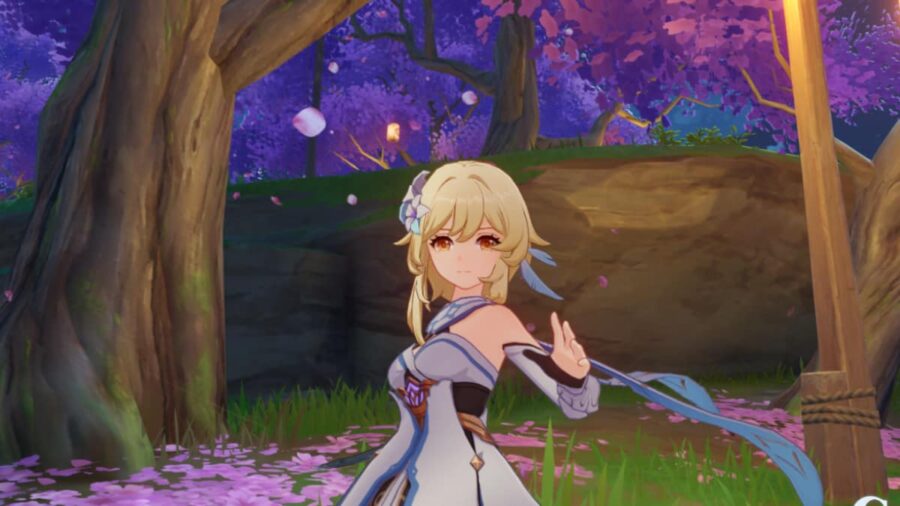 Regardless of whether you choose to play Aether or Lumine at the start of the game, the Traveler canonically possesses a unique ability to wield all Elements—despite not holding a Vision nor Delusion.

The Traveler starts the game as an unaligned character who doesn't have any known Elemental abilities. These abilities can be activated and changed by interacting with a Statue of The Seven specific to each nation.

Related: How to get Dust of Azoth in Genshin Impact

Simply interact with a Statue of The Seven located in a specific nation and select the option Resonate with [Element] to grant Traveler the Elemental ability aligned to the same nation—Anemo for Monstadt, Geo for Liyue, and Electro for Inazuma.

If you want to change the Traveler's Element, head over to the nation housing the new Element and do the same process. The Traveler's character level remains the same regardless of what Element you switch to. Meanwhile, Talents and Constellations are unique to each Element, so they naturally use different materials to upgrade. However, switching to a different Element won't reset your previous Element's progress, so you can do it as many times as you want without consequence.

Excited about the new Dendro Element? Check out our guide on Who is Yaoyao in Genshin Impact and when will they release? to get a peep of a possible Dendro addition to the character lineup.

How to change Traveler’s Element in Genshin Impact