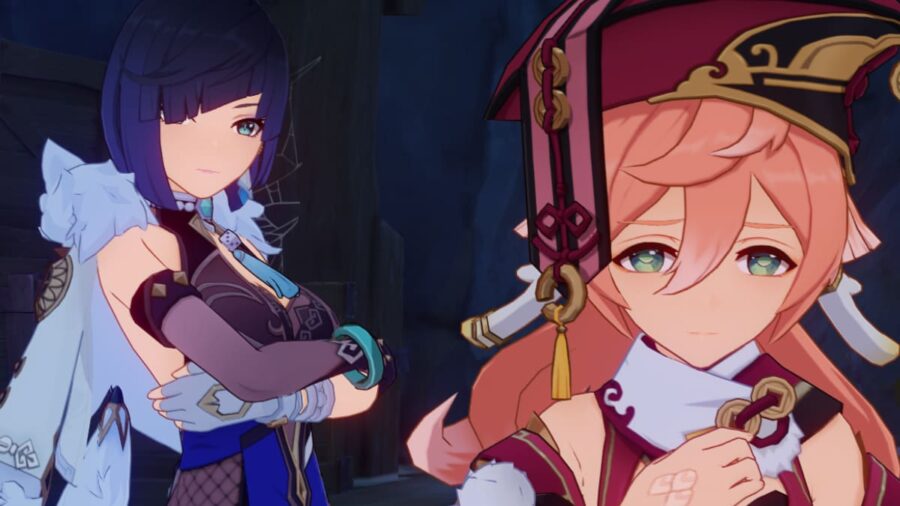 Genshin Impact's Perilous Trail Archon Interlude Chapter takes the Traveler and Paimon deeper into The Chasm with an unlikely mix of companions. You can initiate it after completing the following prerequisites:

How to Enter the Chamber of Twisted Cranes in Genshin Impact

The Chamber of Twisted Cranes is part of the second part of the Perilous Trail Interlude Chapter, Chasmic Maze. This starts after completing Unexpected Guests, a quest that will appear as soon as you meet the participation requirements. You will be asked to enter a mysterious Domain, where you need to solve an Adeptus maze puzzle.

Related: How to destroy all Bedrock Keys in the Surreptitious Seven-Star Seal Sundering World Quest in Genshin Impact

How to Complete the Chamber of Twisted Cranes in Genshin Impact

Upon entering the Domain, interact with the mechanism once to rotate the platform in front of it and spawn an Adeptus Bridge. Then follow the steps below to solve the rest of the Domain successfully:

While you're exploring The Chasm, check out our guide on How to find and use Orb of the Blue Depths in The Chasm in Genshin Impact to complete a Hidden Exploration Objective.