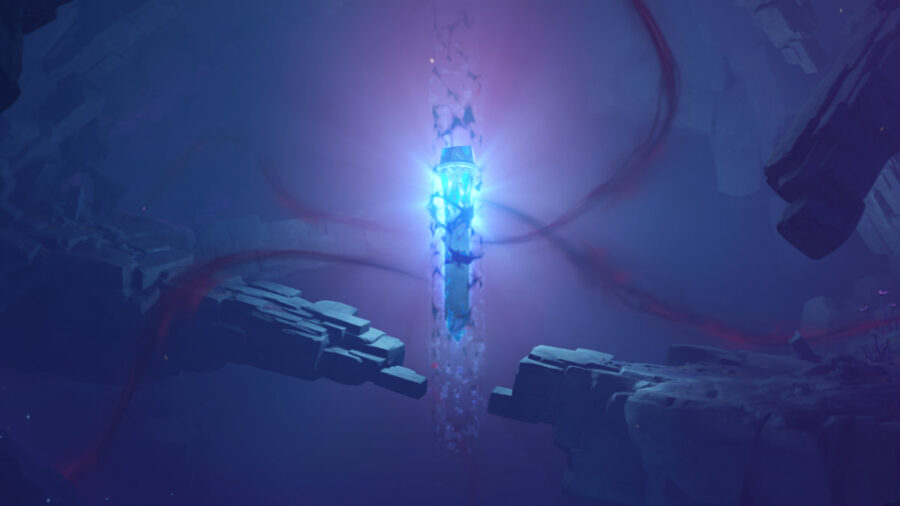 Wherefore Did the Spiritstone Descend is the sixth and final part of The Chasm Delvers World Questline. It involves exploring the west of The Glowing Narrows in the Underground Mine, where you'll find a large crystal swirling in filth.

To purify the large crystal, you need to locate five mechanisms around the area and charge them up with the help of the Lumenstone Adjuvant. You can determine the locations of the mechanisms based on where the ribbon of darkness from the large crystal is leading toward. Reference the image below for their exact positions.

Related: How to complete the Undetected Infiltration World Quest in Genshin Impact

You need to interact with each mechanism and stay beside it until it's fully charged. It will stop charging if you stray too far away. A percentage gauge will appear above the mechanism for your reference.

Some enemies will appear, but you don't have to attack them. They'll disappear as soon as the mechanism is fully charged. Charging the mechanism will drain your Energy, so make sure to interact with the sources of luminosity around the area—there are plenty.

Be wary of Oozing Concretions around the mechanism, as those can drain your Energy. Use the Lumenstone Adjuvant to get rid of them so that your Energy can be allocated to the mechanism instead.

After all five mechanisms have been recharged, switch to a battle-ready team before approaching the large crystal, as a boss battle will commence directly after the cutscene.

Check out our guide on Where to find the Ruin Serpent and farm Runic Fang in Genshin Impact to encounter The Chasm's main boss.