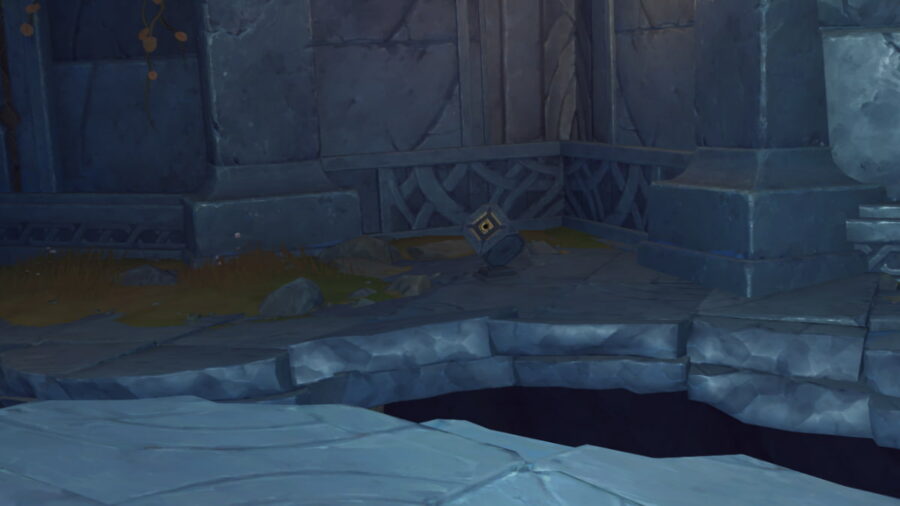 If you've been exploring The Chasm's Underground Mines, you may have found some Orbs of the Blue Depths, which look like purple marbles and live in your Quest Item Inventory. These count toward a Hidden Exploration Objective that will unlock an Achievement, three Chests, and a Mysterious Letter.

There are nine Orbs of the Blue Depths around The Chasm Underground Mines. They are dropped by Shadowy Husks in the locations marked in the image above. You may encounter more than one Shadowy Husk in some areas, but only one of them will drop an Orb of the Blue Depth. The locations are relatively easy to find, but you may have trouble with these two:

Related: How to destroy all the charging devices in The Chasm in Genshin Impact

The nine Orbs of the Blue Depths can be used to unlock a mechanism in the Nameless Ruins. You may need to progress in the Archon Quest Chapter II: Act IV - Requiem of the Echoing Depths to find the area. Starting from the upside-down Teleport Waypoint, follow the directions as prescribed in the image above: glide to the runway mid-air, enter the room and climb up, then glide toward the giant tree and run left.

After, enter the room and find the mechanism on the other side. It's circled in the image above. Offering the mechanism the nine Orbs of the Blue Depths will open a hidden room. Inside, you'll find an Exquisite Chest, Precious Chest, and Luxurious Chest. You'll also unlock the Wonders of the World Achievement called Crede Tenebrae.

Check out our guide on How to get The Nine-Word Rumor hidden Achievement in The Chasm in Genshin Impact to uncover another Hidden Exploration Objective.