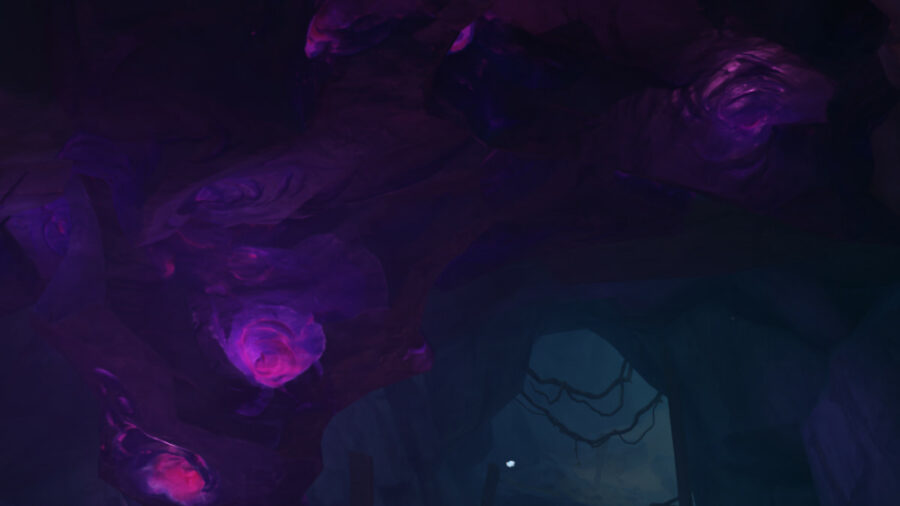 The Chasm Spelunkers is the third part of The Chasm Delvers World Questline. It will automatically initiate after completing the Surreptitious Seven-Star Seal Sundering. This part of the questline will bring you to The Chasm's Underground Mines.

Start by following the quest marker to the center of The Chasm's Maw. Interact with the glowing Investigate spot and jump down into the darkness. The first thing you need to do is obtain the Lumenstone Adjuvant Gadget to help you traverse the area. Once that's done, you'll be asked to look for clues surrounding Uncle He's whereabouts.

Follow the quest marker to find the location of all three clues, which are also highlighted in the mini-map. Interact with the glowing Diary Entries to complete this part of the World Quest.

Speak to Jinwu by the first Teleport Waypoint and follow the quest marker as it leads you to The Chasm exploration team's base camp. Don't forget to unlock all the Teleport Waypoints along the way to make it easier to travel across the area later on.

Once you regroup with Jinwu, she will ask you to look for Zhiqiong. Follow the quest marker to find her and complete her two Commissions, which you can do in any order.

Related: How to destroy all Bedrock Keys in the Surreptitious Seven-Star Seal Sundering World Quest in Genshin Impact

The first Commission is called Meeting New People... and Foiling Some Bandits. Follow the quest marker to get there and defeat the group of Treasure Hoarders in the area. After, interact with the cage to free Clithopho. This will grant you the Wonders of the World Achievement called The Alchemistake.

After, follow the quest marker to the second occupied camp and likewise defeat the Treasure Hoarders in the area. Then, interact with the giant cannon to Investigate it. Once that's done, climb up to get to the storehouse where cannonballs are stored. The mini-map will be highlighted with the exact location of the storehouse.

The second Commission is called Miasmic Contact. Follow the quest marker to the area, where you'll find a Lumenspar and a glowing Investigate spot. Interacting with it will prompt you to take a photo. A note at the top of the screen will inform you that you're taking the photo at the correct angle.

After taking the photo, you need to defeat a Hydro Abyss Mage and Pyro Abyss Mage influenced by the dark mud. Once that's done, follow the quest marker to investigate the site of the second anomaly. Head to the glowing Investigate spot to prompt a short cutscene to play, completing this part.

After completing both Commissions, head back to The Chasm exploration team's base camp and speak to Zhiqiong to complete this World Quest.

How to complete The Chasm Spelunkers World Quest in Genshin Impact