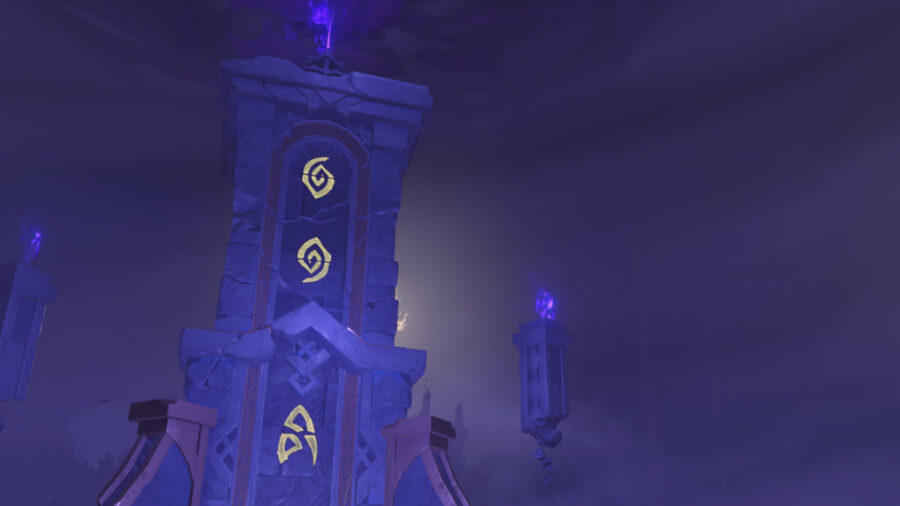 Before proceeding, make sure that your Bokuso Box is at least level 11. You can complete the quest without meeting this prerequisite, but you won't be able to unlock any of the Teleport Waypoints in the area and may not be able to counter the Corrosion Intensity.

Heading to the Quest Location

Unlike the first two parts, there isn't an Enkanomiya Phase Gate that will lead you to The Serpent's Heart. There are two ways to get there:

Once you get there, you can unlock the nearby Teleport Waypoint (requires Bokuso Box level 11) for five Tokoyo Legumes and Aphotium Ores. Then, follow the quest marker to the school of Ghostfishes located in a crater beside the Teleport Waypoint. They will lead you to the islet down south: the Kunado's Locus.

Related: How to solve the Guiding Light Mirror puzzle on the altar south of the Three Realms Gateway Offering in Genshin Impact

Once in the Kunado's Locus, another sealed Teleport Waypoint will greet you at the entrance. You can unlock it (requires Bokuso Box level 11) with five Tokoyo Legumes and Aphotium Ores. It's recommended that you follow the Electro Seelie right beside the Waypoint—it will lead you to the Tower's location.

Along the way, you need to battle two Ruin Sentinels, a Ruin Guard, and two Shadowy Husks to collect Husk Gems for the puzzle.

Like the previous quests, feed the three mechanisms with 12 Tokoyo Legumes, 12 Aphotium Ores, and 10 Husk Gems. There's a nearby upside-down stone tablet that you can reference for the symbol order, or look at the above image for the exact symbols to aim for:

Once that's done, a cutscene will play, and you'll be prompted to climb the Tower once again. Climb it and activate the Bokuso Box beside the monument to complete this subquest. You'll then receive the last part of the questline, the Three Realms Gateway Offering: Aftermath.

Check out our guide on How to solve the Guiding Light Mirror puzzle east of The Serpent’s Heart — Three Realms Gateway Offering Event in Genshin Impact to get a Chest.