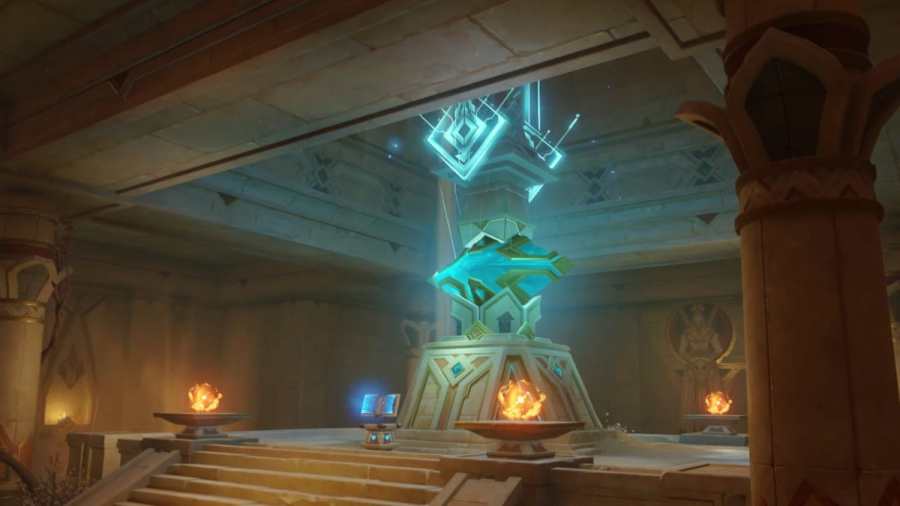 Dreams Beneath the Searing Sand is the fourth part of the Golden Slumber World Questline, detailing the archaeological team's expedition to the Khaj-Nisut. After finding clues in the area, you'll be asked to Pass the three trials, located west, north, and south of the area.

While you can do the three trials in any order, this guide will walk you through all the puzzle solutions to complete the trial north of Khaj-Nisut. You can find walkthroughs of the other puzzles below:

Start by gliding toward the quest marker north of Khaj-Nisut. You'll find a building with a pyramid-shaped entrance. Go inside to find a Control Unit above the stairs, which you need to interact with to open an entrance to the floor below.

Jump down the new entrance (be careful about fall damage!) to find another locked Control Unit and a Primal Construct. This time, you need to defeat four waves of Primal Construct to unlock the Control Unit. Interact with it to pass the second trial.