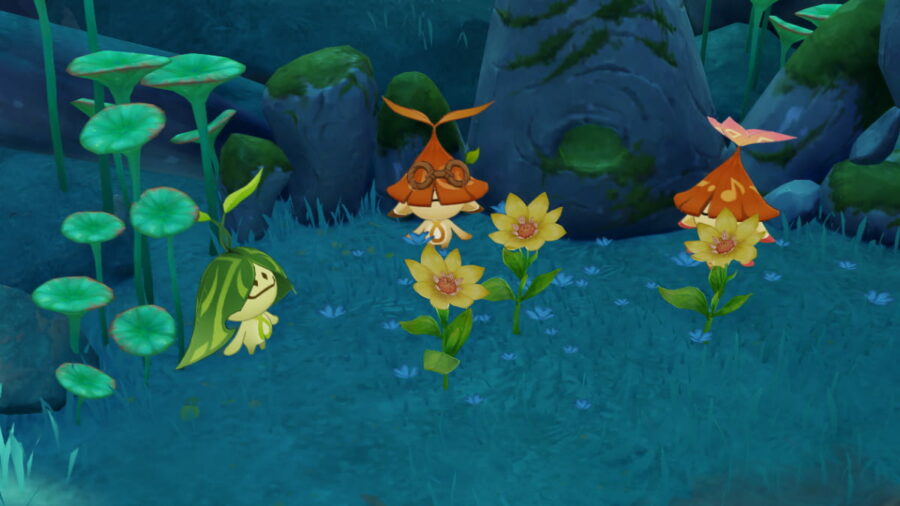 Memory's Final Chapter is a World Quest in the Sumeru City Reputation Board, and is the final sequel to the Agnihotra Sutra questline. In this chapter, you help Aranaga, Aranakin, and Aragaru one last time by planting dried flowers together in Mawtiyima Forest.

To unlock Memory's Final Chapter, you must complete the entire Agnihotra Sutra questline and proceed with the three hidden World Quests below in any order. However, we highly recommend following this sequence:

Once all of the above is done, you'll automatically unlock Memory's Final Chapter, which you can find in the quest menu.

Head to the area circled in the image above to find Khayyam. Approach Khayyam to speak with him. He longs to see the Aranara, but it seems he has no chances left. After he leaves the area, the three Aranara friends will appear nearby. Speak with Aranaga to help them plant the three dried flowers they previously received from you. This will complete the Memory's Final Chapter World Quest—but keep reading to get a hidden Achievement.

Fast forward the in-game time by two days, and head to the area circled in the image above to find Khayyam beside another camp located under the mushroom's hood. Speak with him to get the Wonders of the World Achievement called A Walnut Tree Amidst the Gardens and an additional Primogem reward. If you don't see Khayyam, make sure that you've completed Memory's Final Chapter, and try ensuring it's daytime as well.

Check out our Genshin Impact Until Vana is Healed World Quest guide to complete another sequel to an Aranyaka World Questline.