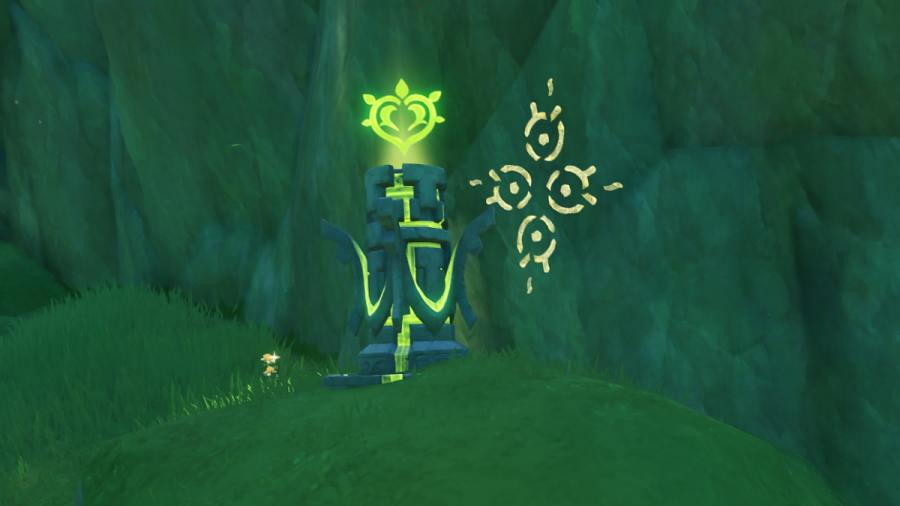 Between the Apam Woods and Devantaka Mountain lives a Domain called the Dark Valley. It's surrounded by a Dendro Monument puzzle that you can solve to get a Chest reward. Before starting, make sure you have a Dendro character, such as Collei or Tighnari, in your party.

Once you're ready, head to the area circled pink in the image below to find the puzzle. You don't need to unlock or enter the Domain to proceed.

You'll notice that each of the Dendro Monuments surrounding the Domain has a symbol above it. This indicates the order of activating the Monuments.

After lighting up the Dendro Monuments as prescribed above, you'll be rewarded with a Common Chest.

Check out our guide on How to unseal Ruin Guards & Ruin Graders in Sumeru in Genshin Impact to solve more puzzles in Sumeru.