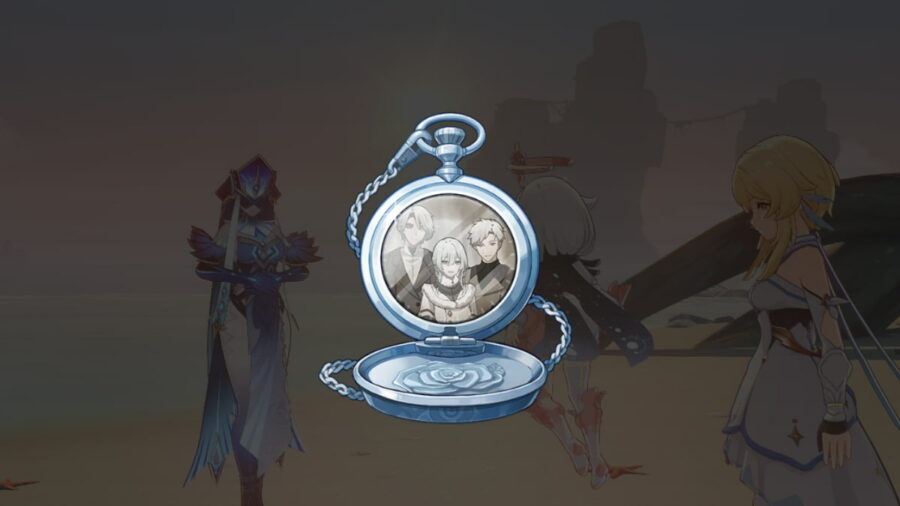 The Discarded Insignia is the first part of a World Questline called The Scattered Past, which takes place in the Golden Apple Archipelago. Due to being in an event-exclusive area, this World Quest can only be done from July 15, 2022, to August 24, 2022. Don't forget to complete it while the summer islands are still here, and get to know about The Fatui members scattered around the Archipelago.

How to unlock The Misplaced Photo World Quest in Genshin Impact

To unlock this World Quest, you first need to finish the entire Golden Apple Archipelago Event Questline, which ends at part six: Like Rhyme and Song, the Summer Reverie. Once that's done, head to the Broken Isle to begin this World Quest.

How to complete The Misplaced Photo World Quest in Genshin Impact

Head to the area circled in the image above to find a Mirror Maiden NPC, who should have a blue exclamation mark over her head. If she doesn't then you might have missed a prerequisite. Speak with the Mirror Maiden to initiate The Misplaced Photo World Quest, one segment in The Scattered Past questline. She'll ask you to look for a Quest Item called Silver Pocket Watch.

You can find the Silver Pocket Watch by interacting with a glowing Investigate Spot on the other side of the islet, in front of an Imaging Conch. But before going, make sure to double-check your Quest Item Inventory first, as you might have already picked it up before. Once you have the item, return it to the Mirror Maiden.

Follow the quest marker to another part of the Broken Isle. Glide onto the thorny branches and speak with the Mirror Maiden. After that, glide down and interact with the Melodic Harp without adjusting any of the Melodic Blooms. Doing so will break the barrier trapping the Mirror Maiden's brother. Once that's done, climb back up the thorny branches and speak with the two to complete this World Quest.

Check out our guide on How to solve the three Precious Chest puzzle under the Broken Isle in Genshin Impact to loot plenty of Chests nearby.