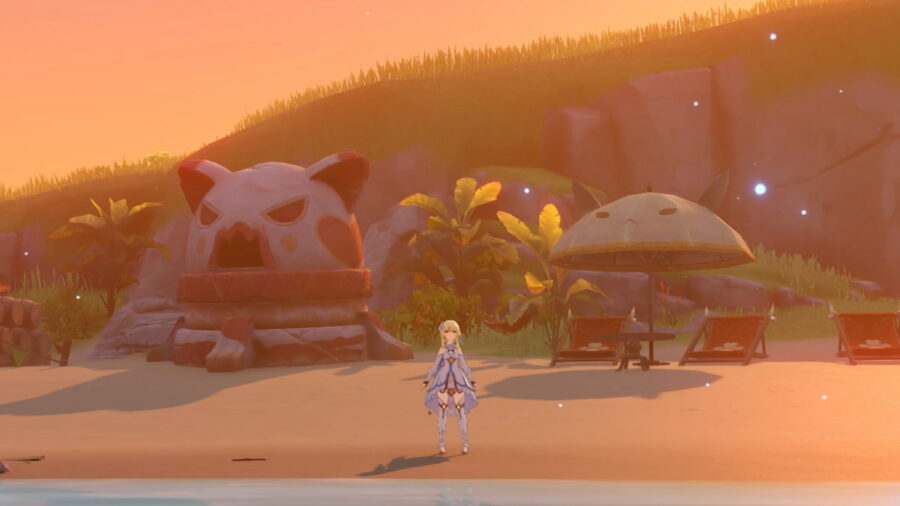 The Golden Apple Archipelago is back for Genshin Impact's Summertime Odyssey event, which runs from July 15, 2022, to August 24, 2022. During this event, you can complete a plethora of limited-time quests, puzzles, challenges, and exploration objectives to learn more about the game's lore and snag a ton of rewards along the way. Like Rhyme and Song, the Summer Reverie is the last segment of the island's Event Questline—here's how to unlock and complete it.

How to unlock Like Rhyme and Song, the Summer Reverie in Genshin Impact

To unlock this Event Quest, you need to complete all the first five parts of the quest chain:

Once all five are done, you'll automatically get the Event Quest called Like Rhyme and Song, the Summer Reverie.

How to complete Like Rhyme and Song, the Summer Reverie in Genshin Impact

Follow the quest marker to the northwest island in the Golden Apple Archipelago. After some dialogue with a hallucinating Fatui member, you need to find Persikov's manuscript around the area. Head north of the highlighted area in the mini-map to find a glowing Investigate spot containing the manuscript. Once that's done, you need to travel to three islands and solve puzzles to obtain Crystalline Cores.

Persikov's manuscript tells you the location of the three islands and what rotations you need to make to solve all the puzzles. You can head to the locations in any order, but in this guide, we'll start with the island to the left of Twinning Isle.

You need to rotate the two mechanisms circled in the image above in this exact order:

Once that's done, a Crystalline Core will spawn. Pick it up and head to the next area.

Head to the second location marked in the image above, which is located to the right of the Broken Isle. On this island, there are three mechanisms—one beside a Fatui tent, one in front of a big rock that looks like a cave, and one in front of a windmill-like structure.

You can interact with the mechanisms in any order, but you must follow these exact rotations:

Once that's done, a Crystalline Core will spawn. Pick it up and head to the next area.

The location of the last island is circled in the image above. You can head there by riding a Waverider from the previous island.

There are two mechanisms on this island—one in front of a broken ship and another at the edge of the cliff, facing the sea. You can interact with them in any order but must rotate them exactly as prescribed below:

Check out Genshin Impact 3.0 – Sumeru leaks, banners, events, new area, and everything we know so far to get excited for what may come in the future.

How to complete Like Rhyme and Song, the Summer Reverie Event Quest in the Genshin Impact Summertime Odyssey event