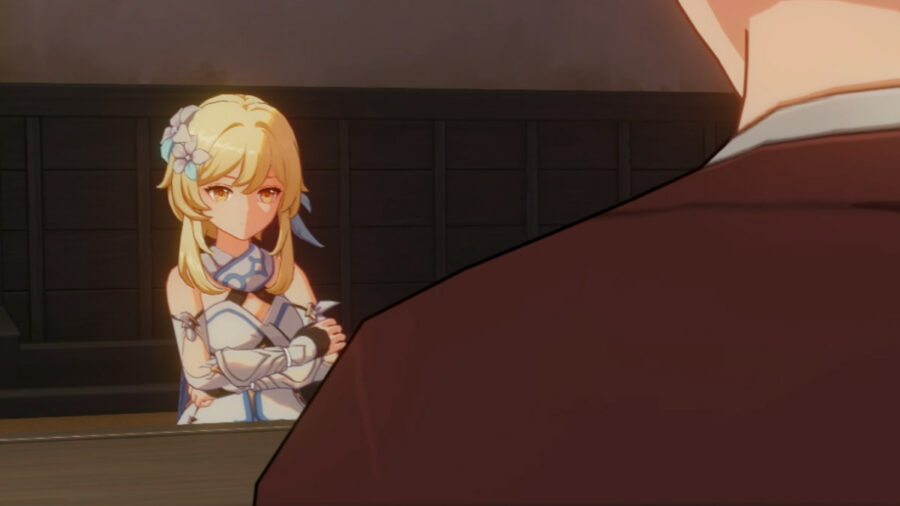 Mushounin is the second and final part of the Film Notes questline, which focuses on Xavier's redemption after a disappointing attempt at producing a new film with the Yashiro Commission's budget. With Okazaki Rikuto's advice, he approaches scriptwriting in a new light and presents you and the actors with another opportunity.

How to unlock the Mushounin World Quest in Genshin Impact

After completing "Outlander Brirade!", the Mushounin World Quest will automatically start. Like its predecessor, Mushounin is not part of the Inazuma Reputation Board but is considered a World Quest and will grant you Primogems upon completion.

Related: How to unlock and complete “The Seventh Samurai” World Quest in Genshin Impact

How to complete the Mushounin World Quest in Genshin Impact

The quest starts with gathering the actors after the group dispersed. You can follow the quest markers to find Koharu in the Kamisato Estate and Sasano in Ritou. Once that's done, head to the Komore Teahouse and speak to Xavier to see the new script. This time, you'll be playing a fictional character called Kurotani Seishimaru.

In this segment, you need to recite dialogue based on your lines in the script, which are written in blue. If you make a mistake, don't worry, as you can try again, but you need to eventually select the correct lines to complete this part.

Here are all your lines:

Once you've successfully recited the correct dialogue throughout Act I, you can move on to the next part of the film.

Change the in-game time to 18:00 to 20:00 and follow the quest marker to Nazuchi Beach. Make sure to bring a battle-ready team, as you need to attack some Kairagi to convince them to play as extras. After the battle, a battle sequence for the film will start.

Like previous battle sequences, you must stay within the recording area on the screen while completing the tasks listed on the lefthand corner within two minutes. In this portion, all you need to do is step on the three markers on the ground and defeat all the Kairagi without leaving the recording frame. If you make a mistake, you can try again. Once this segment is done, you'll be prompted to begin filming Act III.

Related: How to solve the Thunder Sphere Cube puzzle southeast of Tatarasuna in Genshin Impact

Act III is the last part of a film and involves a three-part dialogue and battle sequence. Change the in-game time to 18:00 to 20:00 of the next day, then follow the quest marker to the cliff on the islet east of the Tenshukaku.

This Act is divided into a few scenes. Like before, a script will be shown to you, and all your lines are in blue. Here are all your lines for Scene I:

Once that's done, a battle sequence against Wakayama Kojuuro will prompt. As always, make sure to stay within the recording frame. After the battle, the last dialogue sequence will begin.

Here are all your lines for Scene III:

After, go back up the cliff to regroup with the film crew. Xavier thanks you for a successful filming session, ending the World Quest.

Check out our guide on How to get all endings and Achievements in Shikanoin Heizou’s Hangout Event in Genshin Impact – Trap ‘Em by Storm guide to solve cases around Inazuma.