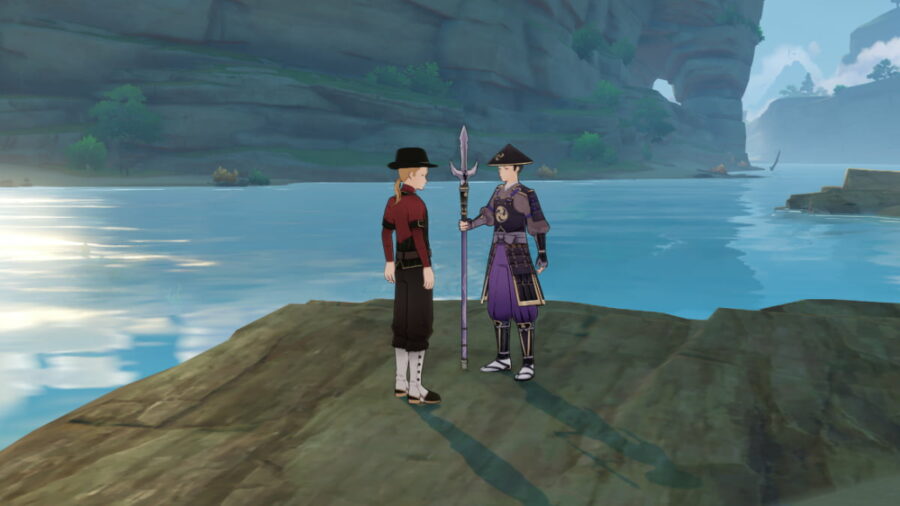 "The Seventh Samurai" is a World Quest that players can unlock after completing the final part of the multi-day Tatara Tales questline, Tatara Tales: The Last Act. Xavier obtained the higher-ups' approval to produce a film in Inazuma—as long as it centers around Samurai and the Shogunate. Help him get the less-than-photogenic Commissioners up to shape so that he can jumpstart his career in swashbuckler filmmaking.

After completing the prerequisite, head to the northwestern tip of the islet east of Inazuma City. Speak to Xavier to initiate the quest.

He'll ask you to help him produce a film called "The Seventh Samurai." Speak to Xavier once again to initiate the quest's challenge.

To produce the film, stay within the recording frame that will appear on the screen. You have one minute to complete the following:

Check out our guide on Genshin Impact Tatara Tales: place and retrieve three beacons if you're stuck in the Tatara Tales World Quest.