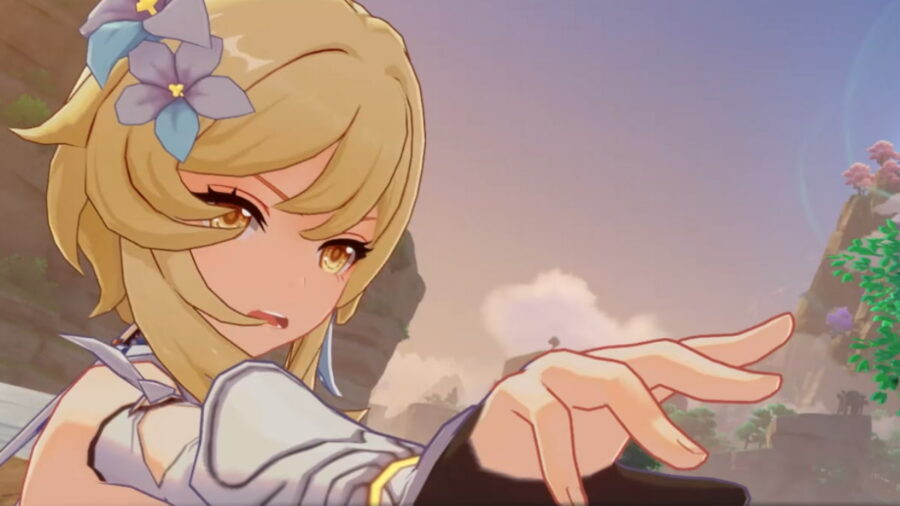 The "Outlander Brirade!" World Quest is a sequel to The Seventh Samurai. Players will once again meet Xavier, the engineer-turned-aspiring movie director from Fontaine, who's determined to take his films to the big screen. This World Quest is the first in a two-part questline called Film Notes, detailing two more of Xavier's filmmaking attempts in Inazuma.

How to unlock the "Outlander Brirade!" World Quest in Genshin Impact

While The "Outlander Brirade!" is an official World Quest, it isn't part of the Inazuma Reputation Board. It can only be unlocked after completing The Seventh Samurai. Head to the Kamisato Estate and speak to Furuta, the old servant standing in front of the mansion. She'll prompt you to check on Koharu, a fellow Yashiro Commission servant tasked to play a role in Xavier's new film, initiating the World Quest.

Related: How to solve the Cube puzzle between Tatarasuna and Nazuchi Beach in Genshin Impact

How to complete the "Outlander Brirade!" World Quest in Genshin Impact

Follow the quest marker to the islet east of the Tenshukaku to meet your good friend Xavier and the two actors. You'll be asked to participate in his film with a leading role. Make sure to bring a battle-ready team as you'll be filming a battle scene.

First, you'll be presented with a script, where all your lines are written in blue. You need to remember these lines and select them in the ensuing dialogue.

Here are all your lines:

If you make a mistake, don't worry, as you can try again. Once you've recited all your lines, a battle scene will ensue.

The battle sequence will be reminiscent of The Seventh Samurai. There will be a recording frame on the screen, which indicates what Xavier is filming. Your goal is to ensure that you film all the required actions within the frame.

The things you need to do are listed on the left of the screen. You must complete them within two minutes.

Again, if you make a mistake, don't worry, as you can try again. Once you complete the battle sequence, dialogue with Xavier and the actors will prompt. A fallout between the three will lead you to Uyuu Restaurant, where Okazaki Rikuto will give Xavier a much-needed dose of inspiration, ending the World Quest. The second part of the questline, Mushounin, will automatically begin.

Check out our guide on How to get all endings and Achievements in Shikanoin Heizou’s Hangout Event in Genshin Impact – Trap ‘Em by Storm guide to solve cases across Inazuma.

How to unlock and complete the “Outlander Brirade!” World Quest in Genshin Impact – Film Notes questline