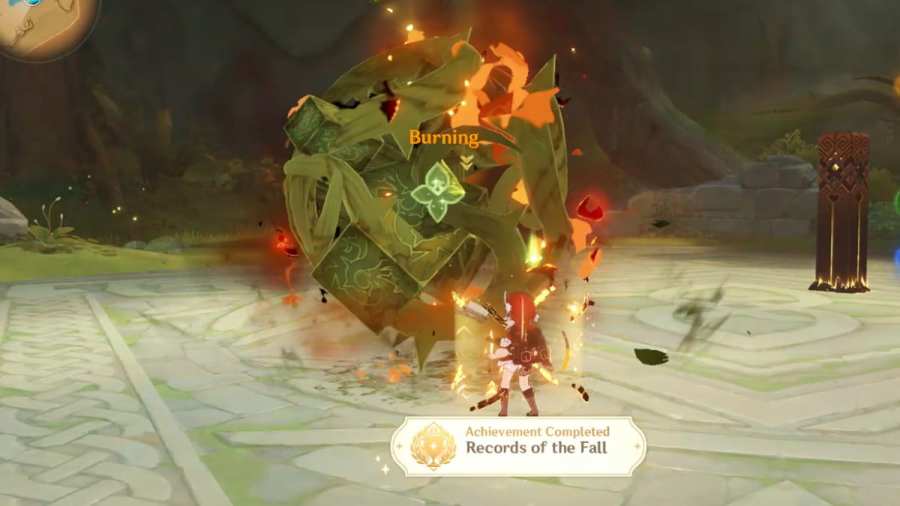 The Dendro Hypostasis will turn into a ball called a Vine Shell and perform a series of Plunging Attacks after the first exposure of its core. Your goal is to wait for the precise moment it lands and then attack it using any Pyro skill.

Related: How to solve the Treasure Map in a Box puzzle in Genshin Impact – Oh, Frabjous Day! Achievement