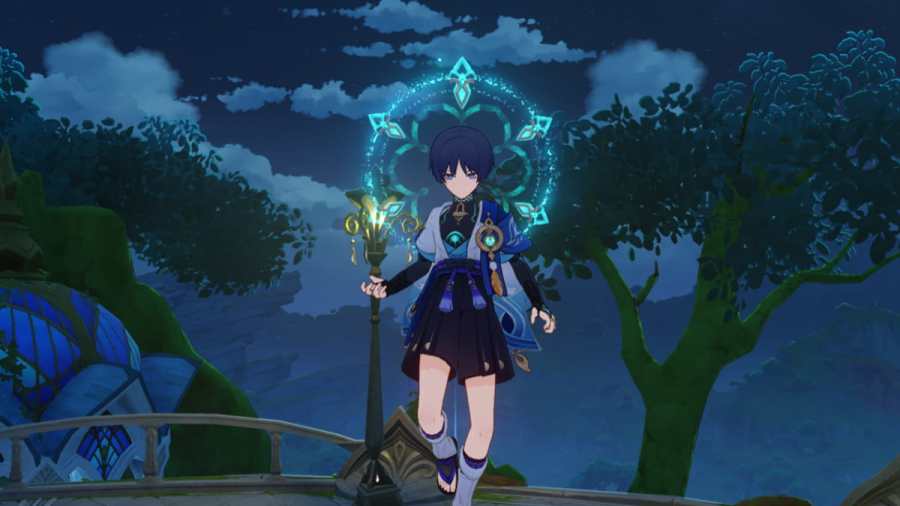 With high damage scaling, low cooldowns, and a low Energy requirement, Wanderer, better known as Scaramouche, is a straightforward DPS unit that loves to hog the spotlight. He's one of the most long-awaited characters in the game, accumulating a fanbase two years prior to his release. And now that he's out, the big question is whether the wait was worth it and whether it's worth spending your Primogems on a C0 Wanderer (Scaramouche).

Is Wanderer/Scaramouche (C0) worth building in Genshin Impact?

The short answer is yes, Wanderer/Scaramouche is worth pulling and building, even at C0. However, his value depends on what characters you already have and what kind of gameplay you enjoy.

Wanderer's gameplay is novel in the sense that he's the only playable character who can float in mid-air and step on enemies (and you) with his Burst. With an incredibly annoying personality and a kind heart underneath his edgy disposition, there's a lot to love about this abandoned child of eternity.

Wanderer was built to be a hyper-carry DPS, which means that he demands to be on-field 90 percent of the time. If you're a fan of quick-swap teams, where you constantly rotate characters every few seconds, then Wanderer may not be a good choice for you. He's also a very high-maintenance unit that requires a team built around him.

For instance, due to his nearly nonexistent resistance to interruption, especially while in mid-air, you must have a shielder in your team to prevent getting knocked back every few seconds. You also need to put together a roster of supports that can boost Wanderer's damage. While there are plenty of options in this category, his best support, Faruzan, is highly dependent on C6 to become a lot easier to use.

Other than that, Wanderer has a straightforward kit and is fairly easy to build. You only need to focus on boosting his personal damage and can use a variety of budget weapons if you're unable to get his signature five-star.

Is Wanderer (Scaramouche) worth pulling for in Genshin Impact?