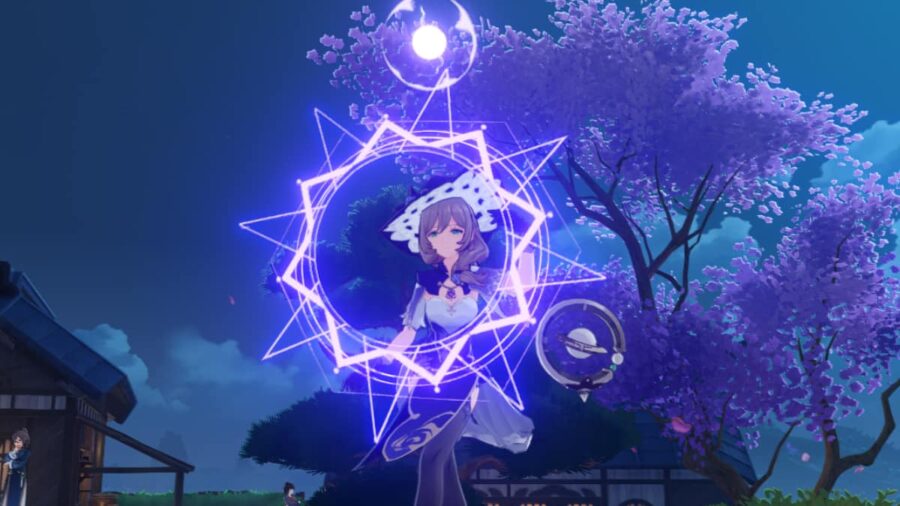 Despite being a hero-collection style gacha game, Genshin Impact has been relatively conservative with releasing character skins. With only one Outfit for Jean, Barbara, Ningguang, and Keqing (and upcoming ones for Diluc and Fischl), most of Teyvat's expanding cast of characters have yet to receive a new set of clothing.

But fans of five-star Cryo sword user Kamisato Ayaka and four-star Electro catalyst user Lisa might not have to wait long before their favorite DPS units get their first Outfits. According to a leak by Twitter user @merlin_impact, Genshin Impact will allegedly be releasing a spring-themed Outfit for Ayaka and a student-themed Outfit for Lisa. The leak was further supported by @genshinBLANK, who was notoriously the first to spread photos of upcoming Sumeru characters.

According to a hint by @merlin_impact, Ayaka and Lisa's skins may come sometime next spring. Assuming that no delays hinder Genshin's typical six-week update period, this will fall around Version 3.4 or 3.5—around early February or late March 2023.

Related: How to claim and use the alternative skins for Jean, Rosaria, Amber, and Mona in Genshin Impact

A leaker named Uncle DD allegedly proclaimed that Ayaka's skin "doesn't look good so far." But with so many months to the update, it's likely for the actual designs to still be in development—so take his opinion with a grain of salt. Additionally, some members of the community have shown excitement over Lisa's possible skin, as the student theme could be reminiscent of her days in the Sumeru Academia.

Genshin Impact's skins can be purchased from the Character Outfits section of the shop for 1,680 Genesis Crystals, but four-star skins are historically also distributed as event rewards. With a new tier for five-star skins, which will start with Diluc's Red Dead of Night Outfit, a higher price point is possible but currently unconfirmed.