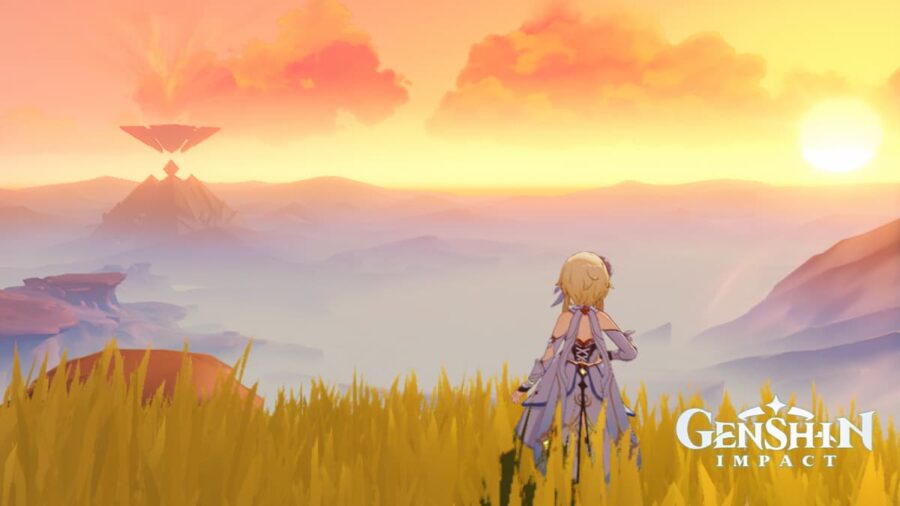 Each new nation introduced to Genshin Impact includes captivating and frequently puzzling places to visit. Sometimes the structures are so prominent that the background placeholder is enough to inspire wonder and curiosity even before they are fully added to the game. One such structure is a floating pyramid in Sumeru's desert that can be seen from the highest reaches of its rainforest.

What is that giant floating pyramid you can see in the desert of Sumeru in Genshin Impact?

Its official name is the Scarlet King's Mausoleum if leaks of Version 3.1 are to be believed. It looks like the Great Pyramids of Egypt, with winding tunnels and hidden chambers beneath the surface. There's no indication this is an additional area like Dragonspine or the Chasm, and we expect to be able to explore it beginning in Version 3.1.

Who is Sumeru's Scarlet King in Genshin Impact?

He is the deceased god of the Eremite people, particularly the Ayn Al-Ahmar faction. This faction attempted to steal divine knowledge during the Archon questline. They explicitly stated that their end goal was to resurrect the Scarlet King. It's unclear exactly when the Scarlet King died, but it was likely sometime between the Archon War and the Cataclysm.

From the book Scroll of Streaming Song (it's easily obtainable from the Akademiya Library and well worth the read), we can glean some details about the Scarlet King. The story is written as if it were an annotated myth. It describes a time when the Goddess of Flowers tested Rukkhadevata, the Goddess of Wisdom and the original Dendro Archon, with three riddles. The Scarlet King is mentioned twice.

The first time is in reference to the answer to one of the riddles, a rose. Rukkhadevata says, "even the king in red admires her beauty." The second time is at the very end, "The two princesses forged a strong alliance, and also with the king of (Blood? Resentment? Red Crown?) who was by their side from beginning to end. They worked together, leading the people to eternal prosperity."

What is the giant floating pyramid you can see from Sumeru in Genshin Impact?