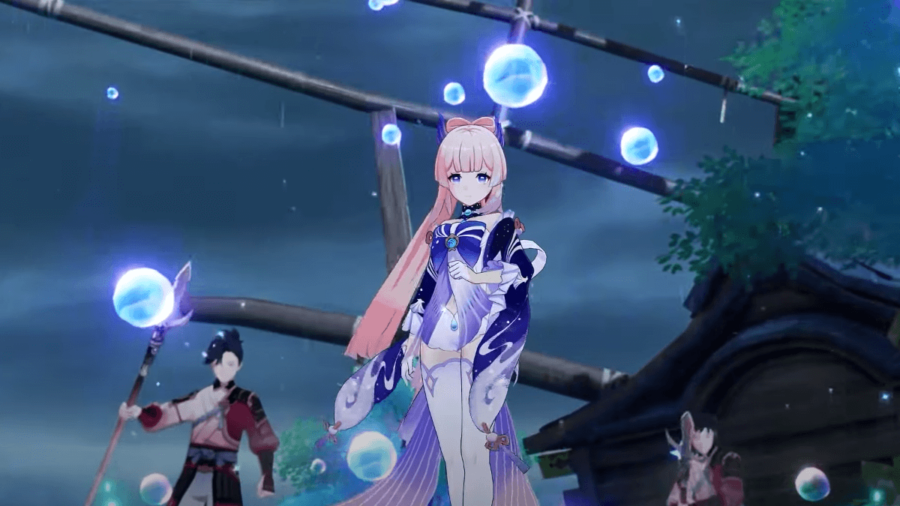 MiHoYo's Genshin Impact New Version Special Program premiered on July 9, 2021, showcasing all of the exciting content, quests, and characters coming to the game with the 2.0 update. Included in this upcoming cast is one Sangonomiya Kokomi, who Genshin Impact fans might remember as the leaked beta character "Mimi."

Related: What is Epitomized Path in Genshin Impact?

Long before the announcement of Kokomi, a similar-looking beta character design was leaked and widely circulated in the Genshin Impact community. This character was named Mimi—who, like Kokomi, was rumored to be a Hydro Catalyst user. It's safe to assume that Mimi was reworked to become the Kokomi we see today, so we won't be experiencing the initial character design in-game.

Xiao Luohao, Head of Genshin Impact's Creative Concept and Writing Team, had the following to say on Kokomi's role in the Inazuma narrative:

This adorable young lady is Sangonomiya Kokomi. Despite her delicate appearance, she is actually the leader of the Sangonomiya Resistance. She is a wise and resourceful military advisor. Although she always wears a very serene smile, she actually has everything arranged and in her grasp. I would say she's the brains of the forces.

Due to her position as leader of the resistance force, Travelers will likely be seeing Kokomi go head-to-head with other upcoming characters, like the Raiden Shogun (the Electro Archon herself), and Sara, the Shogun's loyal General.

According to Sukuna on Twitter, Kokomi will likely be a 5-star character, along with Raiden Shogun and Yae.