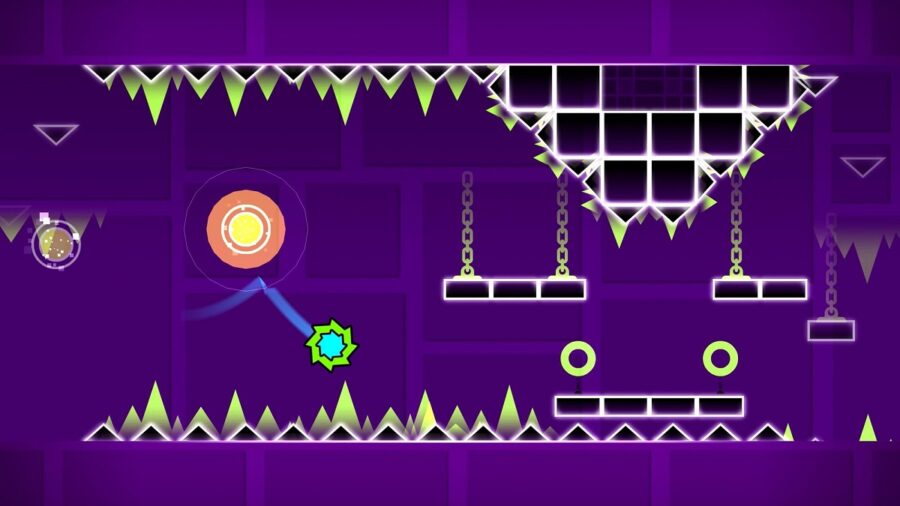 Our Geometry Dash Vault Codes has the most up-to-date list of codes that you can redeem for a bunch of different unlocks and rewards. Turn your cube into something stylish!

*  This is your username in the game. To find this out, click on the Face button to the left of the Play button, and then the default name is Player. Though to change it, click on it, and type in anything you want. We recommend leaving it as Player until you have entered the code in the Vault.

** For this code, you have to type in each number and click the Vault Keepers face. So 8>Click Face>16>Click Face>30>Click Face>32>Click Face>46>Click Face>84>Click Face.  After the 84 has been entered the code shall be unlocked.

*Type in the number of stars you possess. To find this out on the Main Menu, click the three bars button, the one to the left of the tank. Find Collected Stars, the third one down from the top, and remember that number. Type that number into the text field.

** This puzzle is quite tricky. After you type in, It's a Puzzle. Type in Cod3Breaker next. Six numbers will flash at you really fast, so either record the screen using Snapchat or find some way to slow it down. Each person's numbers are different, but the code will always stay the same.

The first Vault is locked behind 10 Silver User Coins. To get these Coins, you need to play Online Featured Levels and collect the three coins in each level. However, you need to collect all three in one stage without dying. Once you have collected 10, if you go to the Cog at the bottom of the screen, then look in the top right-hand corner, you will see an unlocked lock. Click on this lock to enter the Vault. Then type the codes into the text field.

The Vault of Secrets

The second Vault, the Vault of Secrets, is locked behind 50 Diamonds. Once 50 Diamonds are obtained. Go to the Tool button, which is to the right of the Play button on the Main Menu. Once again, look in the top right-hand corner of the screen, and you'll see another unlocked lock. Click on this lock to enter the Vault of Secrets. Then type the codes into the text field.

The Chamber of Time

The third Vault, The Chamber of Time, is located behind many things, and it'll take a while before you can unlock it. First, you must unlock the second Vault and use the code The Challenge. This will unlock a special challenge level, but it will cost you 200 Diamonds to enter. Once this has been completed, you can enter the door underneath this level and speak with the person who is trapped in the jail. Then click on all three keyholes that appears.

You need to go to the Main Level Select and go to the final page, where it says Coming Soon, the page after Fingerdash. Click the Blue I in the top right-hand corner of the screen, another window will appear; with this window up, click the ground beneath the text box, and a door will appear.

Click on the door, and a voice will tell you to get the Master Emblem. However, to unlock the shop where the Master Emblem is, you need 500 Diamonds. Once you've acquired 500 Diamonds, go to the Tool button, which is to the right of the Play button on the Main Menu. Once again, look in the bottom right-hand corner of the screen, and you'll see a door. Click on this door to lead you to a bunch of Chests you need keys to unlock. Click Left on the first screen, and you will see a Green Rope, click on this Rope to open up a Secret Shop.

In this Secret Shop, you can buy the Master Emblem for 1000 Orbs. Purchase it, then go back to the Coming Soon level select, and click on the Door. It'll unlock due to you having the Master Emblem. And here is the third Vault, The Chamber of Time. Enter the codes into the text field!