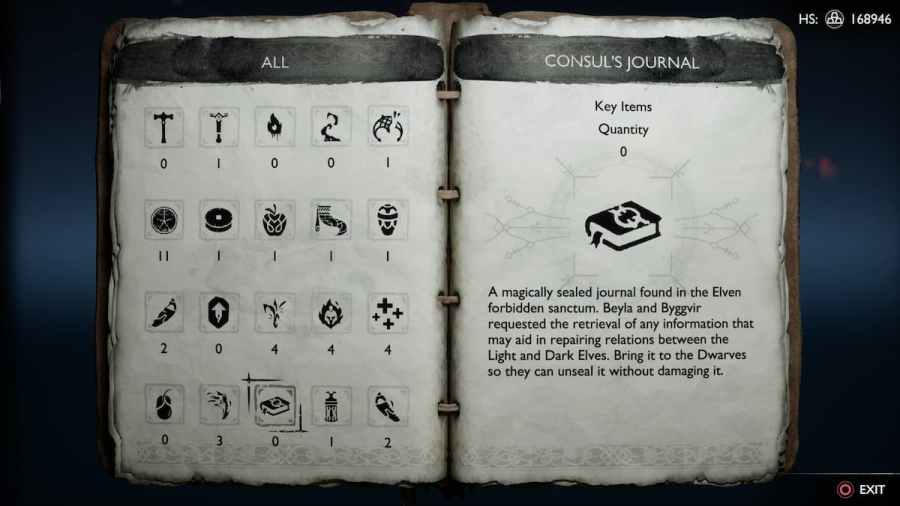 In God of War Ragnarök's The Elven Sanctum side quest, you'll come across a key item called the Consul's Journal. The knowledge belongs to the elves, but you'll need the help of some of your favorite dwarves to access it. Using it might initially be a little confusing, but don't worry. We've got you covered.

Can I sell the Consul's Journal to the dwarves in God of War Ragnarök?

Yes, you can. Selling the book does not lock you out of future content in the game. In fact, this is the way to give the dwarves the Consul's Journal to open. When you sell it, Kratos will ask if you can break the lock without damaging the book.

Related: Where to find the three torches to unlock the Nornir Chest in Goddess Falls in God of War Ragnarök

Selling the Consul's Journal (or not) has less effect on the game than you might think. The only thing you gain by bringing the book to the dwarves is a little bit of hacksilver and some extra dialogue at Freyr's camp. If you want to be a collector, you can keep the book in your inventory. You will not miss an extra Favor quest or treasure by keeping it.

Should you Sell Consul’s Journal in God of War Ragnarök?