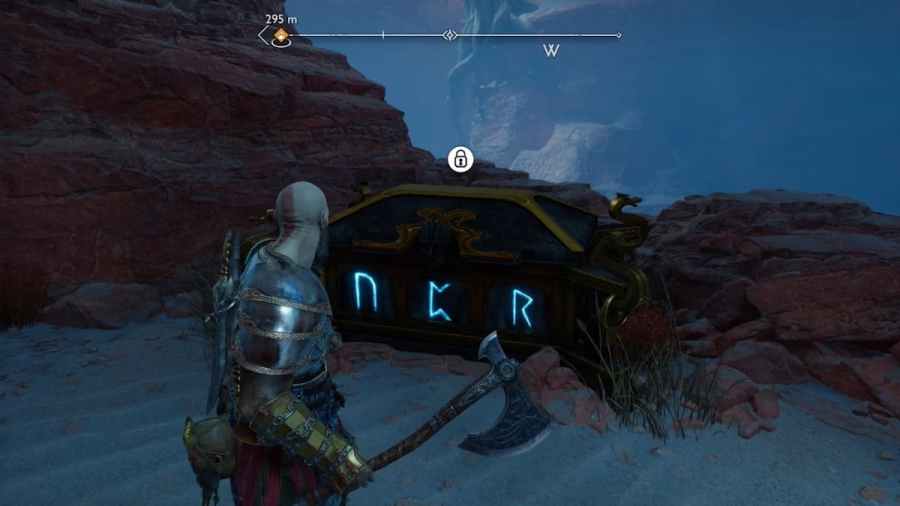 You must find three seal bells and strike them to open the Nornir Chest in The Below in God of War Ragnarök. On the map above, you can find all three within the surrounding area, but you will need to open the two wooden doors. You will be timed once you strike the first bell, so move quickly. Here is where to find all seal bells for the Below Nornir Chest in God of War Ragnarök.

You can find the first bell just past the wooden door in front of the Nornir Chest. Throw your axe at this one and move on to the next quickly.

Related: How to unlock Nornir chests in The Strönd in God of War Ragnarök

The second seal bell is directly in front of the chest. You can strike this one first, but we recommend going in our suggested order as it is easier than going in two directions.

After striking the first two seal bells in The Below, climb back up to the second wooden door. Look at the mirror to the right of the door and strike the third and final bell to unlock the Nornir Chest.

After you have struck all three bells, return to the Nornir Chest. It will now be glowing gold and can be opened. Inside you will find an Idunn Apple. Collect three of these to increase your health.