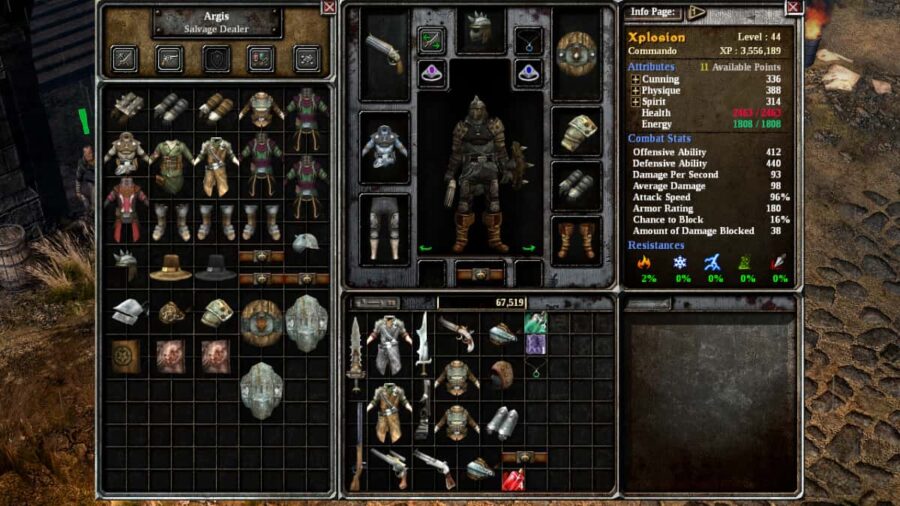 Versatility is the name of the game for Grim Dawn. Pretty much any build with some synergy in it can succeed in battle, and with the thousands of unique possibilities available for players through near-endless loot, players will certainly end up with their own vision of a build that fits their playstyle. This is what makes Grim Dawn comparable to some of the Best MMOs and MMORPGs on PC. However, as is the nature of gamers, some of the best builds in the game have been fully optimized, putting them a cut above the rest.

Combining abilities from the Necromancer and Shaman, the Ritualist is a sort of drain tank that also has the ability to summon minions to do its bidding. This leads to the creation of a nightmarish build that can withstand waves of enemies on its own through the wall of minions it can put up along with its health-draining abilities.

A combination of the Oathkeeper and Nightblade classes, the Dervish is an acid damage powerhouse thanks to the Nightblade skill tree. This allows the Dervish to deal vitality damage, heavily increasing its overall DPS as well as making it a boss killing machine. On a side note, the Oathkeeper is an incredible leveling class, making for an easy ride towards the Dervish final build.

The Vindicator is a durable combination between the Shaman and Inquisitor classes. Double-dipping into Shaman and Inquisitor offers powerful spells that output massive single target and AoE damage. Combine that with its ability to greatly reduce elemental resistances and the build becomes a "true damage" nuke.

The ultimate pet build, the Conjurer is a narrowing of the Ritualist, zeroing in on summoning creatures to deal damage and tank. This build is a mix of the Shaman and Occultist classes, and as such is able to stay mobile while drowning enemies in spells and waves of creatures equally. On a side note, the pets can also pick up loot, which can be a huge plus.

Spellbinder is a glass cannon with defensive options to boot, making it an incredibly powerful class. It is a combination between the Arcanist and Necromancer, and thus takes all of the best damage aspects from Arcane and mixes them with the control of Necromancy. While not technically a tanky class in any way, Spellbinder's control, and utility options make it seriously hard to pin down.

Want more information on Grim Dawn? Check out the Best Grim Dawn Mods to further spice up your play experience.