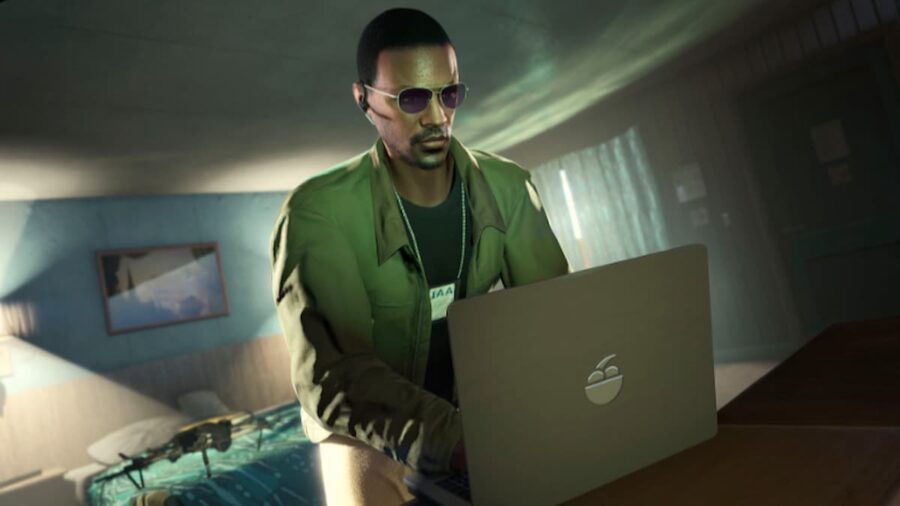 As with most major updates in GTA Online, The Criminal Enterprises update brings tons of quality of life changes, more business prospects from criminal careers, new vehicles, and various other improvements. The update also features a new set of story mode missions in the form of Operation Paper Trail, which sees players going undercover to unearth a far-reaching conspiracy in the city of Los Santos.

Agent ULP is convinced that petrochemical magnates, the Duggan family, are working behind closed doors with the FIB to rig the rising gas prices in the city. He has tasked players with a total of six missions that begins with players being sworn in as a member of the IAA. However, there is no particular method mentioned as to how one can start Operation Paper Trail. In this guide, we'll go over how to start and complete every mission in Operation Paper Trail in GTA Online.

How to start Operation Paper Trail in GTA Online

A lot of players might be scratching their heads trying to figure out how to start Operation Paper Trail in the first place. However, the only way to start the mission is to wait for Agent ULP to call you. There is no particular location or contact to call to start the mission yourself. Instead, Agent ULP will call you when the time is right for starting. Once he does call, he will instruct you to reach the IAA Headquarters in Downtown Los Santos from where you can start the mission.

Since there is no given timetable for when Agent ULP might call you, there is no way to know when you can start Operation Paper Trail. If you have not received a call from Agent ULP, the best thing to do is to go near the IAA Headquarters and wait for another player who has received the call to invite you to their session. Not all missions in Operation Paper Trail can be completed solo, so it's always a good idea to team up with others to finish the missions with ease.

How to complete Operation Paper Trail in GTA Online

How to complete all missions in Operation Paper Trail

After being sworn in as an IAA agent, your first mission includes sneaking into Mason Duggan's residence and hacking into his computer to find traces of criminal activity involving the rigging of oil prices. Once you have successfully hacked in and found out the information, your next task is to collect four hardware pieces from the FIB.

Two of these pieces of hardware can be found inside the FIB Headquarters, and two more can be found inside the FIB Depot. It is highly recommended to wear maintenance outfits before heading into the FIB Headquarters to avoid detection. After all four pieces of hardware have been collected, drop them off at the yellow marker indicating the drop-off point to complete the mission.

The second mission involves hacking into FIB surveillance drones that have been deployed all over the city as a result of your previous infiltration of the FIB Headquarters and FIB Depot. At first, all you are required to do is find the location of each drone, then stay near them for a certain duration of time while simultaneously using the SecuroServ app on your phone to hack into them. Once two drones are hacked, the location of their operational base is found out to be in Bilinsgate Motel.

Head over to the Motel to hack into the computer and shut off the remaining drones. Once this is done, it turns out to be a trap by the FIB, who gas the room and trap you inside a van with a bomb in it. You will have to defuse the bomb, then drive the van to the drop-off location to complete the mission.

For the third mission, players will be tasked with rescuing Agent Johnson, a member of the IAA who is suspected to be in trouble after infiltrating the Duggan organization. Your first objective is to reach Agent Johnson's garage to look for clues. To find clues to her whereabouts, simply hop inside her vehicle, and three markers will pop up on the mini map.

Once you have found Agent Johnson's location, you will find her injured and caught in a shootout. Find a solid vehicle in the area, wait for Agent Johnson to hop in, and drive to the drop-off location at Pillbox Medical Center to complete the mission.

Related: How to Link Steam and Social Club on GTA 5 (PC)

The fourth mission reveal to us that the Duggans have been using an advanced AI program to manipulate gas prices. However, after the actions of the IAA in the previous missions, the Duggans are now moving their AI technology to an unknown location. Although the van moving the technology was bugged by Agent Johnson beforehand, the tracker's signal is being jammed by multiple antennas.

The player's objective is to find the location of these antennas and destroy them to track the van moving the AI. It is advisable to stay armed, as you will face resistance while trying to destroy the antennas. Once the location of the van is pinpointed, head over to it and drive it to the drop-off location to complete the mission.

With the information uncovered by Agent Johnson and the IAA, it has come to the notice of Agent ULP that Mason Duggan is arranging a deal with the FIB at the Mile High Club construction site. Go to the area to confront Mason Duggan with the evidence. Once you reach the construction site, hack into the FIB drones to get a visual on Mason Duggan, who will be on the rooftop.

Your objective is to reach the top of the building while killing all the guards who stand in your way. However, make sure to do it quickly, otherwise Mason Duggan will flee in a helicopter, dragging you into a chase. If Mason Duggan escaped by helicopter, chase him and damage the helicopter enough to force it to land. Regardless of how you confront Mason Duggan, retrieve his briefcase and take it to the drop-off to finish the mission.

For the final stage of Operation Paper Trail, you will be required to head over to Mount Chiliad to destroy the remaining traces of Clifford, the Doomsday AI. To start, hop into the IAA helicopter stationed nearby to fly to the marker located in Mount Chiliad. Once it's reached, open the latch to get inside Avon Hertz's personal silo.

Your next objective is to find and replace four busted fuses to restore power to the facility. Use a gun with a flashlight to view your surroundings better. Once you have found all four fuses, you can successfully restart the breaker and restore power.

After successfully hacking all four consoles, fight your way out of the silo and use the elevator to escape. Once outside, Hertz's soldiers will try to gun you down from a helicopter. Jump off from Mount Chiliad and use your parachute to escape. Once you land, escape to the IAA facility to complete Operation Paper trail.

Wondering whether you should subscribe to the GTA+ Membership? Check out What rewards do you get from a GTA+ membership for GTA Online right here on Pro Game Guides.