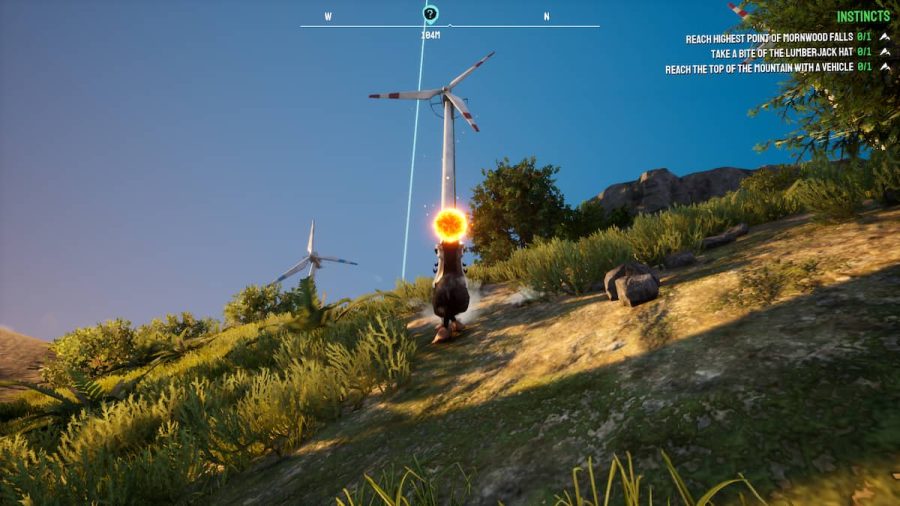 One of the early quests available to players in goat Simulator 3 is the Clean Energy mission. The mission revolves around the player activating the non-functional wind turbines. While the objective may sound straightforward, it is not, as the game provides little to no clue about solving the quest. To run the Wind Turbines on the top of the mountain, you need to attach a battery to the battery slot of the turbines.

Where can you find batteries in Goat Simulator 3?

Instead of looking for a new battery to attach to your wind turbines, you need to plug out an existing battery from the already-working red-blade wind turbines and swap it with the non-working blue-blade one. You can find many running/non-running turbines in the following location.

Related: How to finish the Big-Foot Sighted quest in Goat Simulator 3

How to swap batteries in Wind Turbines in Goat Simulator 3

To swap batteries in Goat Simulator 3, follow the given steps.

How to finish the Clean Energy quest in Goat Simulator 3