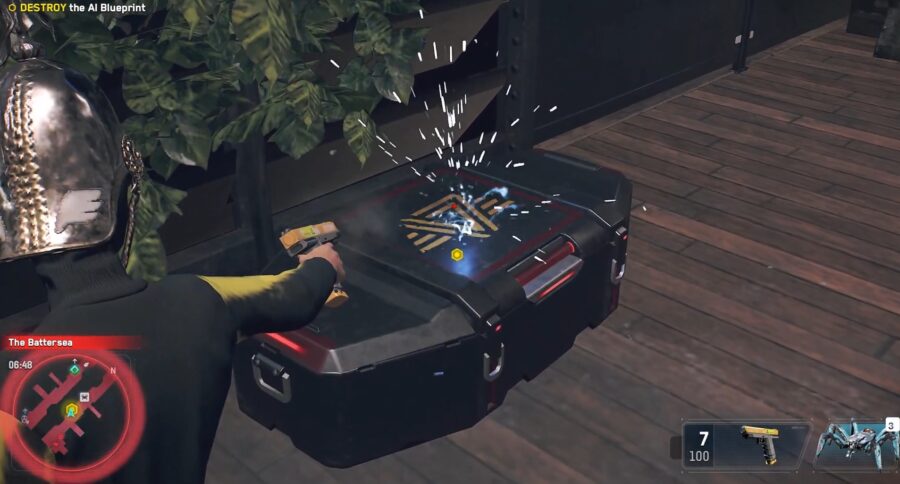 Watch Dogs: Legion is all about hacking, which makes sense as you're part of a hacking group called DedSec. You and your recruits are fighting against a surveillance company that has completely taken over the city of London, and you're going to take it back no matter what! There's a plethora amount of things you can hack in this game, from doors, cameras, drones; if it's mechanical in some way, you can probably hack it, so always keep a lookout when on campaign missions if you become stuck.

How to destroy the AI blueprint

To destroy the AI blueprint in Watch Dogs: Legion it can be done in one of two ways; the first is to shoot it until it's destroyed, and the second and more quiet method is to use your little hand taser, but this may be operative specific, so it's best to open fire, then leave the area as soon as possible.

In this recruitment mission, you are tasked to help the person you are recruiting into finding out why their entire division was sacked. Just follow the marker on your map, as every location is different for this mission, and complete these tasks:

Once you leave the area after downloading the company records, you'll find out that an AI will replace millions of people's jobs throughout London; of course, you need to destroy it to stop that from happening. Go to the next marker on your map. Comb this new area and follow the marker on your HUD to find the AI blueprints.

We've seen multiple people attempting to destroy the blueprints in lots of ways, but the simplest, but the loudest, is just to open fire on it, then run like the wind. It may be crude, but it'll save a lot of frustration. Leave the area, and you'll have a new recruit to DedSec!