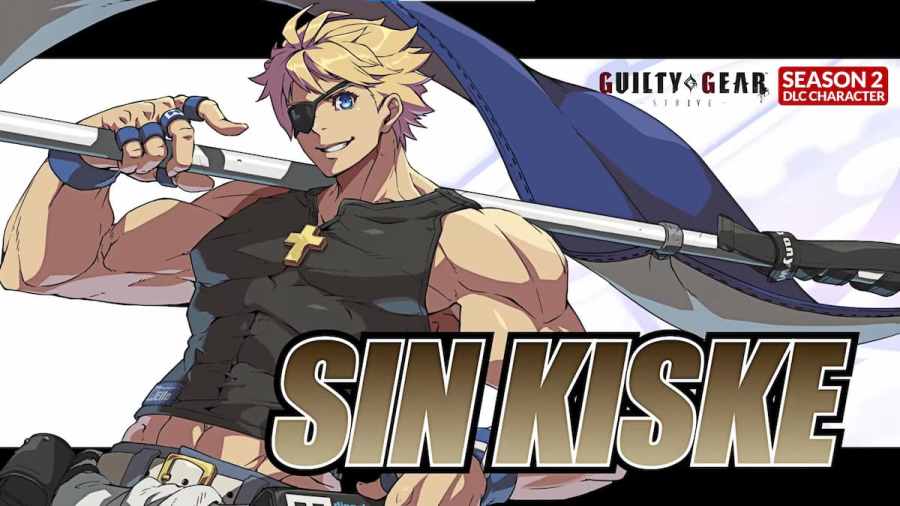 After the bombshell reveal of Bridget, Guilty Gear fans have been speculating about who the next DLC character could be. The grand reveal is finally here, and now fans must prepare for the Ever-growing Wild Boy Sin Kiske to join one of the best fighting games of 2021. New fans who joined the franchise with Strive might not know who they're dealing with, so find out just what this blonde kid is capable of.

Who is Sin Kiske in Guilty Gear Strive?

Sin is the son of reoccurring series protagonist Ky Kiske and his beloved wife Dizzy. Dizzy is a Gear, a living weapon with incalculable power. This means that Sin was born a ticking time bomb of unimaginable proportions. Since Ky's a mortal man, he couldn't handle a kid with that level of strength, so he handed his boy off to his longtime rival Sol Badguy.

Related: When is Baiken playable in Guilty Gear Strive?

That means that Sin is the son of two of the most powerful characters in the franchise, raised and trained by yet another heavy hitter. Sin is an absolute powerhouse, but he's also one of the most upbeat characters in the game. He wants nothing more than to have a good time, make friends, and see what the world offers.

Sin has only been in a few Guilty Gear games before Strive. He doesn't have as much history behind him as his adopted and biological dads, but he's not a new arrival either. Sin was introduced in Guilty Gear 2 - Overture-, an action-RPG rather than a fighting game. His first playable appearance in a proper fighting game came in 2014's Guilty Gear Xrd -Sign-. He appeared again in the sequel -Revelator- and Rev 2.

Sin is a fast-paced rushdown character with a wide variety of powerful attacks. He can keep massive pressure on his foes with his specials, and his normals have incredible reach. He lacks a projectile, so you have to be ready to get into your enemy's face to win with Sin. He was considered B-tier in his earlier appearances, but in the hands of a skilled player, he was an absolute nightmare to fight against.

Sin will appear in Strive with most of his Rev 2 moveset intact. He maintains many of his best tools for mid-range zoning and rushdown play. Interestingly, his eating mechanic has been revamped. In earlier games, he needed to eat food to regain stamina and use his most powerful tools. He can still eat, but it acts as a buff rather than a necessary resource.

Sin is a fantastic Guilty Gear character who will drastically shake up the meta when he enters Strive. Fans can get their hands on Sin Kiske when he hits the store on November 24th.

For more information on gaming, check out When does Rumbleverse Season 1 battlepass start? and Is Mortal Kombat 11 cross platform/cross play? on Pro Game Guides.