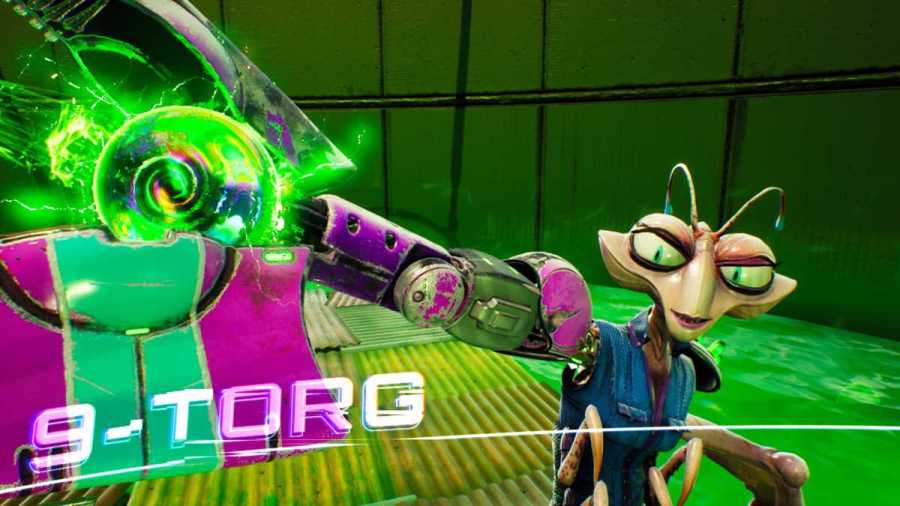 9-Torg is the first boss battle you encounter while playing High on Life. In fact, she is the very first bounty given to you by Gene shortly after you start the game. Considering that fighting her is the first time you'll put everything you've learned to use, including the first times you really use all of Kenny and Knifey's features. Before the fight begins, you'll catch 9-Torg arguing with her clone, 5-Torg, who will be lifted and removed from the fight. You'll only be fighting 9-Torg here, so you may wonder what exactly the best way to beat 9-Torg in High on Life is.

Related: How to beat Krubis in High on Life

Best way to beat 9-Torg in High on Life

Once the fight begins, 9-Torg will begin shooting at you. We recommend using the Glob Shot by pressing the Q button on your keyboard. This will cause 9-Torg to launch herself unconsciously in the air, letting you shoot and juggle her for a short period. After you've health enough damage, she will immediately jump into the green sludge around her. She'll jump out of the sludge and shoot you with a laser you can dodge by jumping over it.

You can shoot her while she is doing this. She will periodically raise the sludge around her to cover the floor, dealing damage to you. To avoid that, you can latch onto the bugs above you by pressing the E button and jumping around until the floor becomes usable again. After you've defeated her, you can press the F button above her to rip off her mandible for use as proof of her defeat.

For more High on Life, check out Can you beat 5-Torg in High on Life? only on Pro Game Guides.