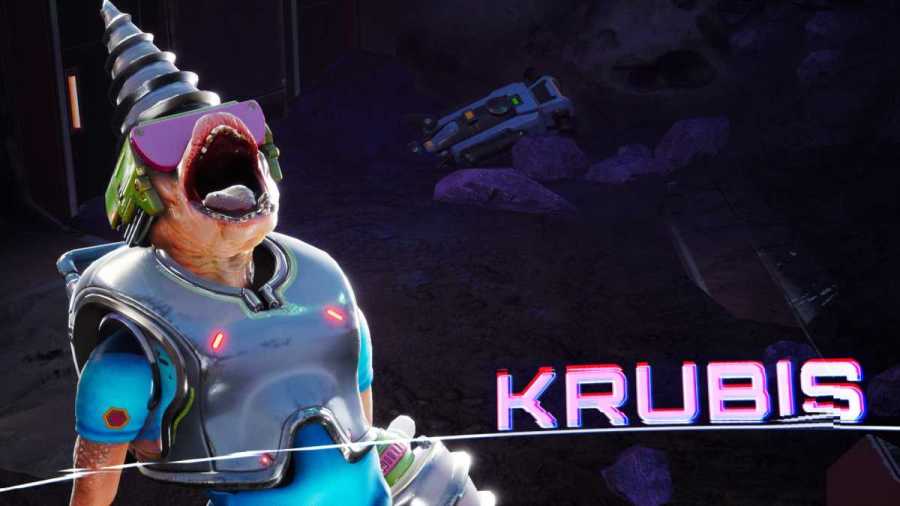 Krubis is one of the bosses you need to collect a bounty on in High on Life. You can begin the job itself by checking it off at the Bounty 5000 inside your house and walking through it. Once you get through the area and reach Krubis, you'll find that his battle is a little different than the others. In fact, he also has his own Gatlian (a species of sentient and talking guns, like your gun Kenny) that he will use against you that acts like a kind of saw when shot. But, when you actually face him, what exactly is the best way to beat Krubis in High on Life?

Best way to beat Krubis in High on Life

Krubis has a few different attacks for you to be watchful for. The best way to begin the battle is by using the Glob Shot by pressing the Q button on your keyboard. This is a similar tactic to when you fought 9-Torg. The difference is that when he is hit with the Glob Shot, he will freeze which will then prompt you to press the F button to stab him when you get close to him.

After taking enough damage, he will then begin to do a few different moves. One will be a series of lasers that will appear around the room. Be careful not to get caught in the line of these lasers as they are tracks for Krugis to follow, damaging all who are in his path. He moves quickly, but you can deal damage to him with the Glob Shot if you have good enough aim. Another attack he will do is spawn in random areas on the floor around you, shooting you with bullets and with the circular saw attack from his Gatlian. You can really dodge the bullets, but you can press the F button to hit the circular saw when it is near you. This will cause it to shoot back at him, making him hit it again towards you. You'll need to keep this up because eventually, he will miss the saw and it will deal damage to him.

Once he's been defeated, Knifey will tear him open and take Krubis's Drill as proof of his defeat. You will also be able to use Gus, the Gatlian that Krubis had been using. This will provide you with a new weapon as well as new abilities.

For more High on Life, check out How to beat 9-Torg in High on Life only on Pro Game Guides.

How to beat Krubis in High on Life