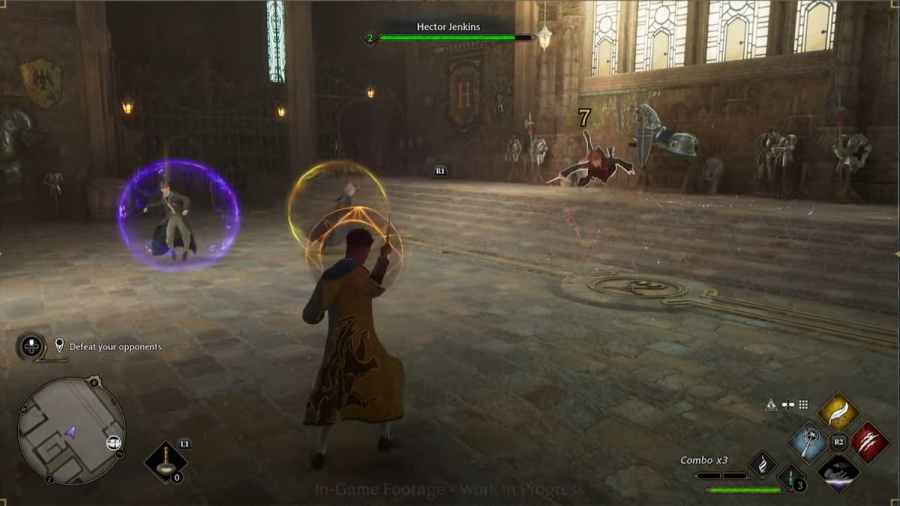 In a new gameplay trailer released this afternoon, Avalanche Software showed its first look at Hogwarts Legacy's combat. Fans concerned about graphics overtaking gameplay can likely put their fears to rest as it was revealed that there would be over 20 spells to unlock and use both in the field and in combat in nuanced and colorful ways. There was also an in-depth look at the game's character creation tool, and viewers were given a tour of one of the most faithful recreations of Hogwarts yet.

Using a PlayStation 5 developers build, Avalanche Software showed an example of how early game combat will flow in Hogwarts Legacy. Combat will largely be based around using certain spells in succession to provide an opening for more offensive spells. Both you and your opponents, such as Dark Wizards, in Hogwarts Legacy will also have access to the Protego spell, which provides shielding against oncoming attacks. However, shields will be colored. Using a matching spell color against it will break a shield, stun your opponent, and give you an advantage.

Also featured in the trailer was the character customization tool, which featured hundreds of options. In the video, developers expressed their desire to allow players to recreate themselves faithfully, or whatever character they create, to go on their own adventure through Hogwarts.

Different parts of Hogwarts were shown throughout the video, as well. Each section of Hogwarts has its unique feel, and unique book details from the Hufflepuff Common Room's doors to the Housepoint Hourglasses are included in the castle's design. Fans may also be happy to find out Peeves, the beloved trickster, is back and roaming the castle halls.