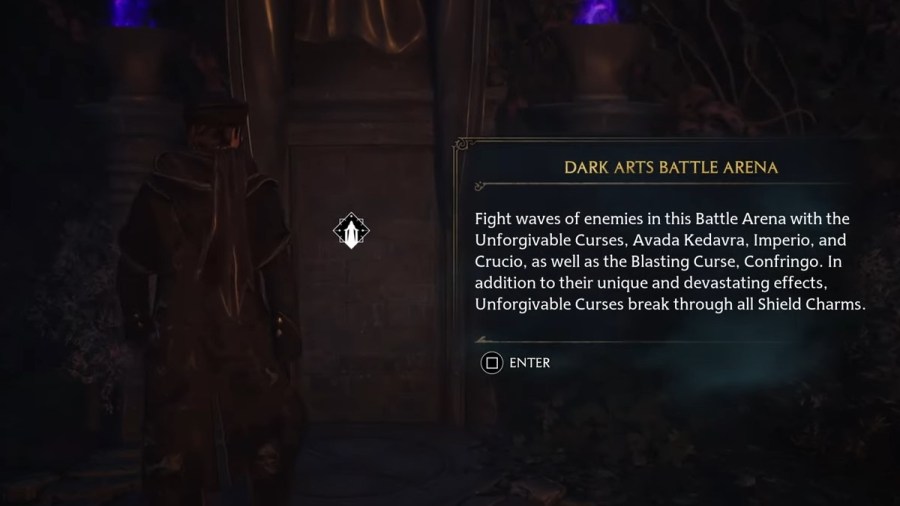 While you will find two other Battle Arenas in the base game, the Dark Arts Battle Arena will only be available to players who pre-order the Collectors or Deluxe Version of Hogwarts Legacy. You can find this arena inside the Forbidden Forest. It will allow you to tool your character with specific Dark Art spells, such as Avada Kedavra or Crucio, and practice with these spells against many enemies. You can even practice in the Dark Arts Battle Arena to preview how the spells are used in combat early in the game.

Related: What is Ancient Magic in Hogwarts Legacy?

Thanks to the Wizard's Field Guide, you will be encouraged to complete challenges called Dueling Feats inside of the Battle Arenas. We noticed challenges during this gameplay showcase: Hit a Ranger with Stupefy, Use a Mandrake against an enemy, and Use Protego successfully ten times.

What is the Dark Arts Battle Arena in Hogwarts Legacy?