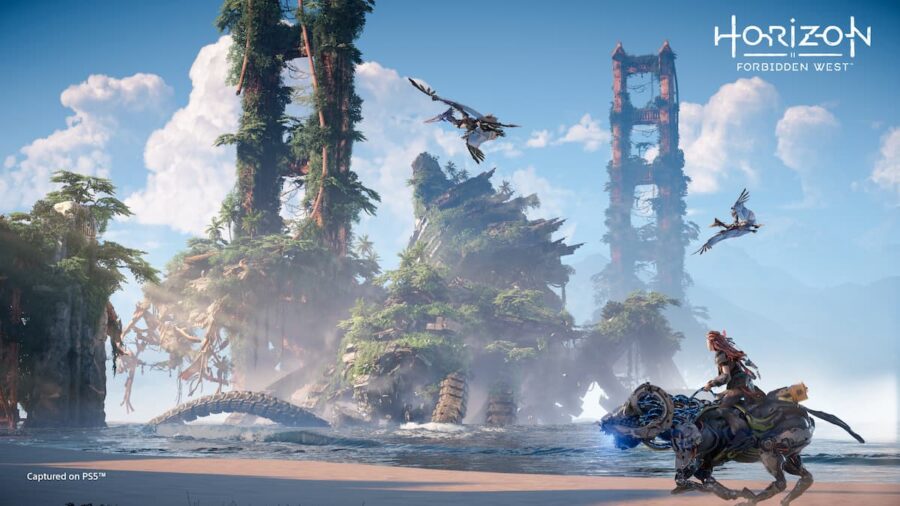 Horizon Forbidden West, the long-awaited sequel to 2017's Horizon Zero Dawn, releases on February 18, 2022. With a new addition to the Horizon franchise comes new enemies, machines, challenges, and lands to explore. One of the staples of any AAA game is its long list of trophies and achievements. Horizon Forbidden West will have no shortage of these, with over 50 trophies for players to tackles and unlock.

Most of the trophies in Horizon Forbidden West will be Bronze trophies. This means that the trophy is easier to obtain than others and players won't have to go too far out of their way to obtain them.

Silver trophies are slightly more difficult to obtain than Bronze trophies. These trophies often represent the end of a collection or the top-tier of a leveling system.

Gold trophies are often difficult or challenging to obtain, with Platinum trophies being the final one players can earn as it is awarded to players who have completed all other trophies.

Many of Horizon Forbidden West's trophies are collectible or level-based, with a few stand-out trophies centered on challenges. Players will also unlock a total of 11 trophies by playing through and completing the game's main story.

Related: Does Horizon Forbidden West have difficulty based Trophies?

The Horizon franchise is known for its fantastic world-building and story. There will be no trophies in Horizon Forbidden West that are locked to a difficulty level, which is great news for players who prefer to play on a lower, more relaxed difficulty setting and focus primarily on the story.

All Trophies in Horizon Forbidden West