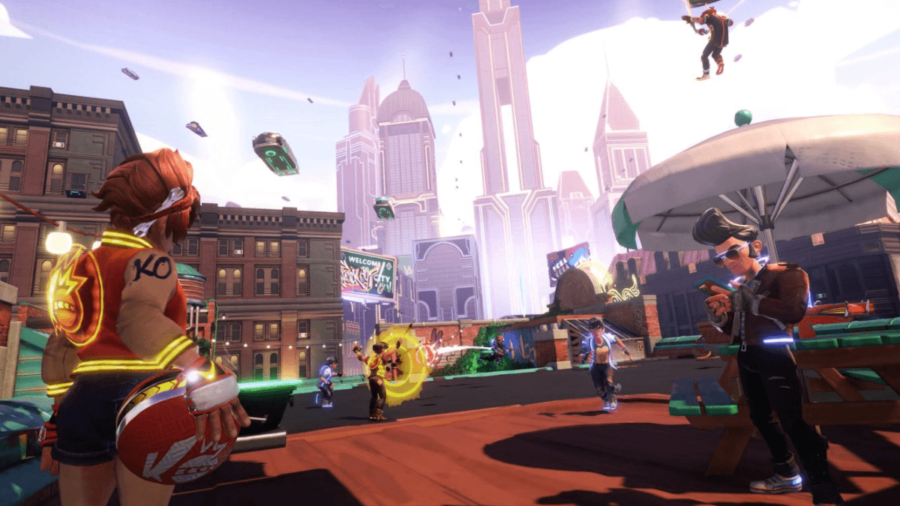 Knockout City is a popular virtual dodgeball game playable on the Switch, PlayStation, Xbox, and PC. Players are pitted against each other on various maps, ranging from a large city to a small bedroom. It's one of the few dodgeball games that are gaining traction because of its re-playability and the fact that it allows players to use more techniques that simply throwing and catching a ball.

The curveball is one of the more popular techniquest to use since it catches many players by surprise if they're expecting a ball to come straight at them. When a player throws a curveball, they perform a different throwing animation where they twirl around, and the ball makes a wide arc sideways at its intended target. This can make catching it or dodging it a challenge since it's harder to time it.

To perform the Curveball, players must follow these steps:

Once you had followed the steps above, the ball will be thrown in a curve. The longer you charge the shot, the faster the ball moves. This technique is the best and only method to use if you're trying to hit a player around the corner. One last note: You can change whether the curveball flies to the right or to the left by walking in the direction that you'd like it to curve.

That's all there is to it! Although it can work on both advanced players and new alike, other players can quickly catch on if you use it too often in a match. Change up your play styles to keep your opponents guessing!

We have other guides for confusing aspects about the game. Check out our guide for How to Make a Fake Throw in Knockout City.

How to get Style Chips in Knockout City

How to Fake Throw in Knockout City