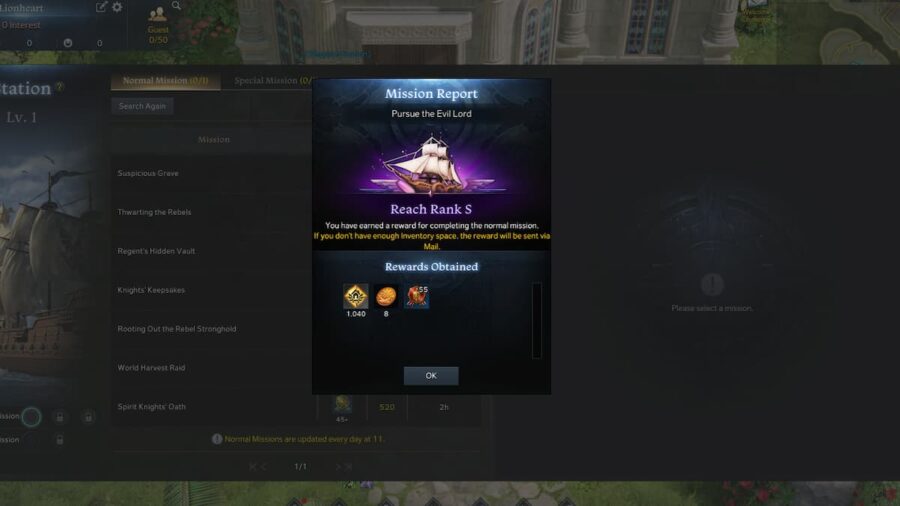 Adaptation in Lost Ark is an interesting thing, and it occurs once you get your Stronghold. But what exactly is Adaptation, and what does it do?

Adaptation for each mission defaults at 0 percent. Once you start selecting crew members, this will change—the percentage increases based on the mission information and what crew you choose to undertake the said mission.

How to increase Adaptation in Lost Ark?

For example, Thwarting the Rebels is a normal mission. In the Mission Information, it has an Ice symbol. This means that you need crew members who specialize in Ice. The more crew who have the Ice specialization, the higher the increase in Adaptation.

Related: Who are the Lost Ark voice actors?

Select the sailors who have the Ice Symbol next to their name from your crew. Or use Auto Formation as it automatically selects the best crew for the mission. On some missions, you'll get more specializations needed to reach the Adaptation cap, this differs with every mission, but higher is always better. When able, always select the best crew.

Your pets also count as crew members for missions, and each pet has its own element specialization, which will massively help with Adaptation increase.

How to increase Adaptation rewards in Lost Ark?

To get the best rewards from this mission, you need Adaption to be over 100 percent, or ideally the cap. Sure, you can send a boat out on missions at 47 percent say, but the overall rewards will be lax compared to 150 percent.

Acquire more crew and pets when you can, and have multiple specializations, not just one of each.

All missions you send out are in real-time hours, so ideally, you do not want to send out a mission for eight hours and get lackluster rewards when you get better ones. But saying that, in the early game of acquiring your Stronghold, your crew should be sent out all the time.

What is Adaptation in Lost Ark – and what does it do, explained