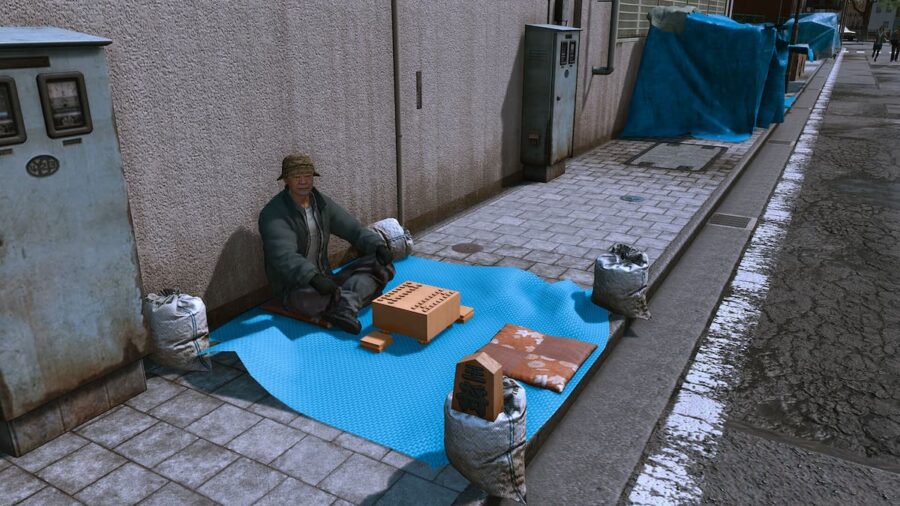 There are many collectibles and side cases in Lost Judgement and Where The Kappa Roam combines both of these. This side case requires you to find and retrieve seven kappa statues spread throughout the city. Tracking them all down can be somewhat tedious.

To begin the side case, you will first need to locate the N Sakura River St. marked 0 on the map. Here you will find two men arguing, one in a suit and one holding a kappa statue. You must step in and fight the man with the statue. Afterward, the man in the suit will introduce himself as Kodama and ask that you find seven kappa statues. Starting this case adds the word kappa to your Buzz Researcher app.

Related: How to heal in Lost Judgement?

The first statue can be found at the location marked by 1 on the map. Here you will find a man reeling in a large fish. Speak to this man and you will have to complete a minigame that requires you to press buttons. After completing it, you will receive a statute.

Next head to the location marked by 2 and walk around the homeless camp near Onodera's Wares. Eventually, a thief with the kappa statue will appear. Speak to him and engage in a chase minigame. Press the buttons correctly and you will catch the thief and the statue.

For the fourth kappa statue, head to the location marked by 4 on the map by S. Sakura River St. Here you will find two kappa statues. One is a fake. Interact with the other to collect it.

For the fifth kappa statue, use this map and head to the location marked by 5 near the soccer field. You can find the statue next to a soccer goal.

For the sixth kappa statue, use the first map and head to the location marked by 6 on E. Central St. Around the corner of this building you will find the statue next to some trash bags.

For the seventh and final statue, head back to your base at Yokohama 99. You must have found the other six statues beforehand. Once you have collected those, you will find the last kappa statue on a corner near your shelves. That's it, you have collected all seven statues!

What are Hangout Spots in Lost Judgment – What do they do

How to EX Boost in Lost Judgment – What does it do?

How to Pick Locks in Lost Judgment

How to heal in Lost Judgement?