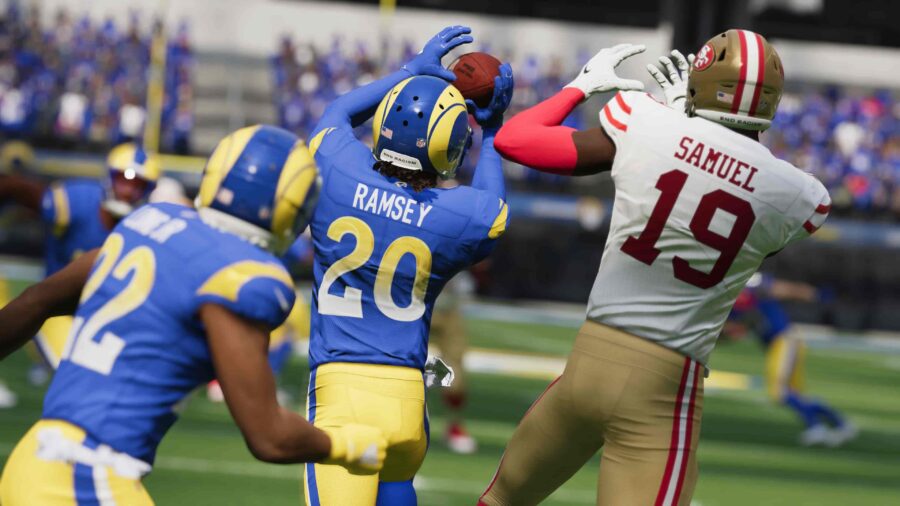 EA Sports has released ratings for Madden 22, and defensive players are shaping up to be a force in this year's title. In a league where the Wide Receiver and tight end position is full of athletic and skilled stars, defensive backs have to be at the top of their game. Here are the best Corners, Free Safeties, and Strong Safeties by overall in Madden 22.

Jalen Ramsey is the only defensive back to have a 99 rating in Madden 22, but that could change throughout the season based on how players perform. Patriots star Stephon Gilmore held the top CB spot last year in Madden 21 with a 99 rating, but has dropped two overall points.

Top FS Devin McCourty is going into his 12th NFL season and is a veteran leader along with Stephon Gilmore on the Patriots defense. The second-best FS, Jess Bates III is a breakout young player entering his fourth NFL season. Last season, Bates had impressive stats for a safety with three interceptions and 15 pass deflections.

Tyrann Mathieu had another impressive season last year, grabbing 6 interceptions on the way to a 14-1 record. Cardinals SS Budda Baker also had a phenomenal season, grabbing 2 interceptions including a 90-yard pick six. Both players look to lead their powerhouse defenses to the playoffs this season. The Madden Ratings Adjuster may be busy this year if defensive backs play well and perhaps another one can join the 99 Club.