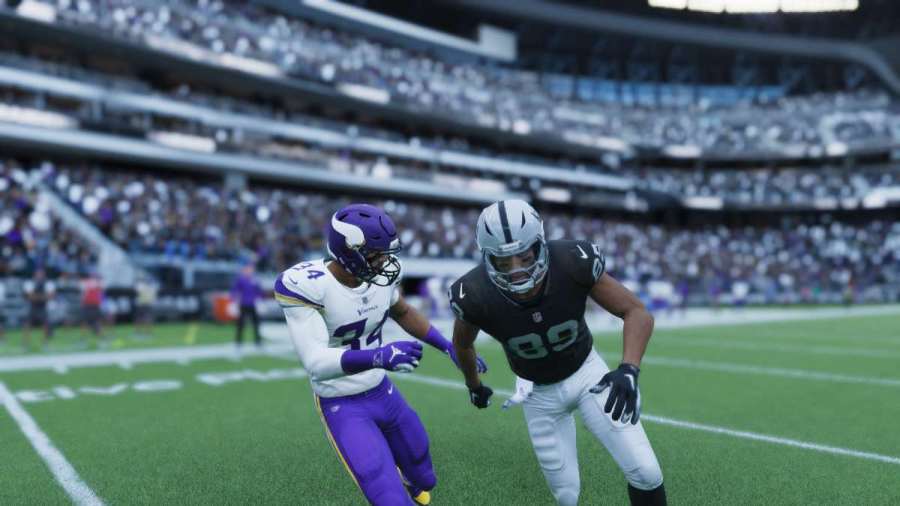 As Madden's tradition continues, teams can use more and more types of uniforms. Every team in Madden 23 has a plethora of different jerseys, all to themselves: from alternates to color rushes and throwback jerseys. Whether they admit it or not, many players judge jersey choices verbally or to themselves. Which teams have the freshest jerseys, though?

Full Ranking for Jerseys in Madden 23

It seems like the Lions will never change the light blue and grey. They also have a limited amount of alternates. The Lions jerseys portray that rustic vibe of old-school football but nothing too flashy.

Given the team's name, the Browns are certainly limited in terms of available colors they can use. Like the Lions, these jerseys give off an old-school vibe.

It's hard to think of any changes done to the Colts jerseys from the 1960's till now. The horseshoe on the helmets is at least iconic in its own right.

Unlike some other teams, The Giants have made slight changes to their wardrobe over the years. They still stick with the same color code, though (like The Lions but with red) that can get old to look at quickly.

The Black and Yellow seem to be more famous because of how prolific the team is instead of how the uniforms look. Would Steeler jerseys be as popular if they didn't go to eight Superbowls?

The jerseys that The Bengals use transition from really bright orange to jet black. The variety is what puts them ahead of some other teams.

The design of the Packers' uniforms may never change. At least green and yellow is a nice color combination, though.

The Bills recently went with a more throwback feel to their uniforms, bringing back the light blue and red. In Madden 23, players can use those or the dark blue uniforms the Bills used in the early 2000's. Their red alternates are also quite nice.

The Bears are similar to the Bengals in that their color scheme is either dark navy blue or bright orange. Not too many teams wear dark navy blue, though.

For anyone who watches the NFL on TV, it's rare to see the green jerseys that the Dolphins have (they always seem to have their whites on). This is a shame, because that unique shade of green comes out well in the video game.

This is another team that always seems to be wearing white. The dark blue Cowboy jerseys are eye-popping, especially with the stars on the sleeves.

Red and yellow is another color combination rarely seen in the NFL nowadays. It is fortunate for the Chiefs that their jerseys look nice since many Madden 23 players will want to sling the ball with Patrick Mahomes quite often.

The Raiders don't change much from their silver and black mantra. The white jerseys with the silver numbers might be the best away uniform in the game.

Several alternates make the Eagles jerseys really fun. There are the forest green ones, the straight black ones, and even the emerald jerseys from the 1980's.

Purple, in general, is rarely seen in the NFL. Not only do the Ravens pull it off nicely, but their black alternates are also great to look at.

The Patriots have one of the biggest closets in the NFL. While most of the alternates are slight variations on their current jerseys, there always are the old-school red uniforms and the 90's light blue uniforms for older fans.

This is the only other team that pulls off purple. It's not just about the color with the Vikings, though. It's about the style, along with the toughest looking Viking, which can be seen on their sleeves and helmets.

It's about time people start to appreciate the alternates that the Falcons have in their closet. Not only can they switch from black to red, but they have the gradual shift from black to red in the same jersey!

It's hard to get tired of looking at the red and gold. While that color code hasn't changed for the 49ers, the uniforms have, with some featuring red pants, gold pants, white helmets, etc..

The Jaguars are known for using those teal jerseys that look similar to the Dolphins' dark ones. Madden 23 allows players to use a couple of nice Jaguar alternates, like the full black ones.

Using The Texans at home is nice because players can choose if they want the blue or the red that day. The Texan logo on the helmets is also arguably one of the best ever.

Related: How to stop the run in Madden 23 - Tips and Strategies

Like Tom Brady's career, the appeal of the Buccaneers uniforms never seems to age. That combination of maroon and dark brown just looks phenomenal on the football field.

Not only is black and gold a great color combination, but Madden 23 also has gold jerseys with black pants. It's a shame the real Saints don't wear that jersey more often.

Lots of people get puzzled at the bright neon green jerseys that the Seahawks sometimes were. This overshadows the fact that their usual ones look fantastic.

The Jets recently stepped up their jersey game. They got rid of the strips and now have a more solid look, reminiscent of their 80's uniforms. The logos on their helmets even look better.

Old school football fans often complained about the Broncos not using orange anymore. Now, they have new orange jerseys and the throwback ones with the unicorns on the helmets.

It's hard to pinpoint what it is about that bright blue that makes the Charger's uniforms so nice. It might be because, in a sport where dark colors seem to dominate, it's nice to see light blue when the Chargers play at home.

The solid dark uniforms was one of the best changes the Titans ever made. It's not even that their light blue jerseys were bad, it just gives the team a new level of variety.

The Cardinals have great jerseys, not necessarily because of the color but their design. It's hard to find a different NFL team with a similar format for their jerseys. The Cardinals also have some very nice black alternate uniforms in Madden 23.

With a new team name comes new jerseys for the Commanders. This might be the best look the Washing football team has ever been, though. That shade of maroon is so nice that it works best just having every part of the jersey in that color.

The Panthers have the best line up of jerseys in the NFL. They pick and choose between the jet-black uniforms or the bright blue ones, and either of these choices looks great.

Want more Madden 23 coverage? Pro Game Guides has you covered with How to earn coins quickly in Madden 23 Ultimate Team.