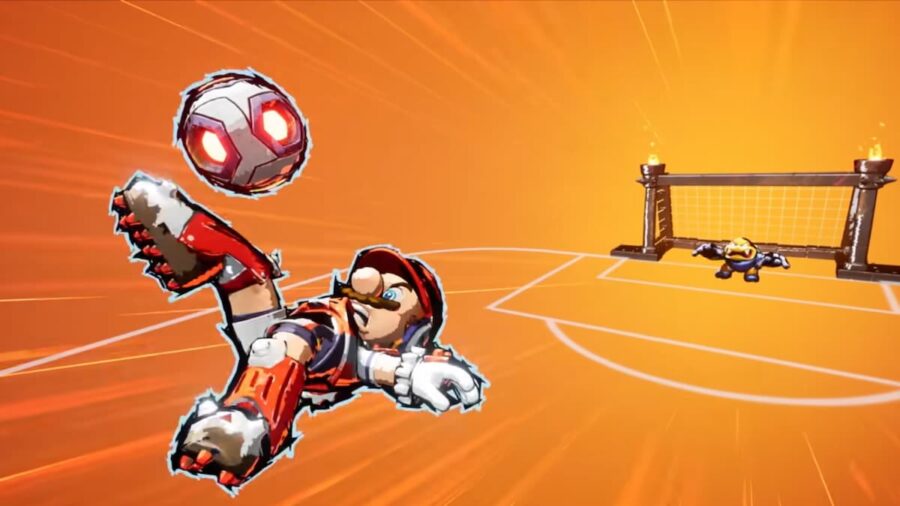 Each character performs a unique Hyper Strike, but you will need to get a Strike Orb before you can use this ability. Here are all character's Hyper Strike abilities in Mario Strikers: Battle League.

Mario performs a backflip, kicking the ball and igniting it. It spirals to the goal, blasting through opponents on the way.

Luigi spins rapidly and strikes the ball, sending it in a cyclone to the goal. Any opponent caught in its path will be swept away.

Peach cartwheels and throws the ball into the air before kicking it, sending it spiraling down the field. Any opponent in its way will be caught up in a need to dance.

Related: Can you change controls in Mario Strikers: Battle League?

Bowser lights the ball on fire with his flame breath and launches it toward the goal. Those caught in its path will be in for a fiery surprise.

Toad gathers up friends and launches into the air before delivering a powerful header. The ball burrows underground and slams into the goal.

Yoshi swallows the ball and lays an egg before kicking it straight up. A powerful ground pound sends the ball back to the ground, where it will bounce toward the goal.

Donkey Kong eats a banana and tosses the ball high into the sky. A powerful spike sends the ball crashing toward the goal in a movement path that resembles a banana.

Wario showcases his moves before delivering a mighty ground pound on the ball. It bounces off the stadium before heading toward the goal.

Waluigi kicks up the ball and places a rose in his mouth. After performing some moves, he kicks the ball and traps opponents in thorny cages as the ball heads toward the goal.

Rosalina sends the ball into outer space, where it orbits a planet before heading back to the stadium. Here, she kicks the ball and sends it racing toward the goal.