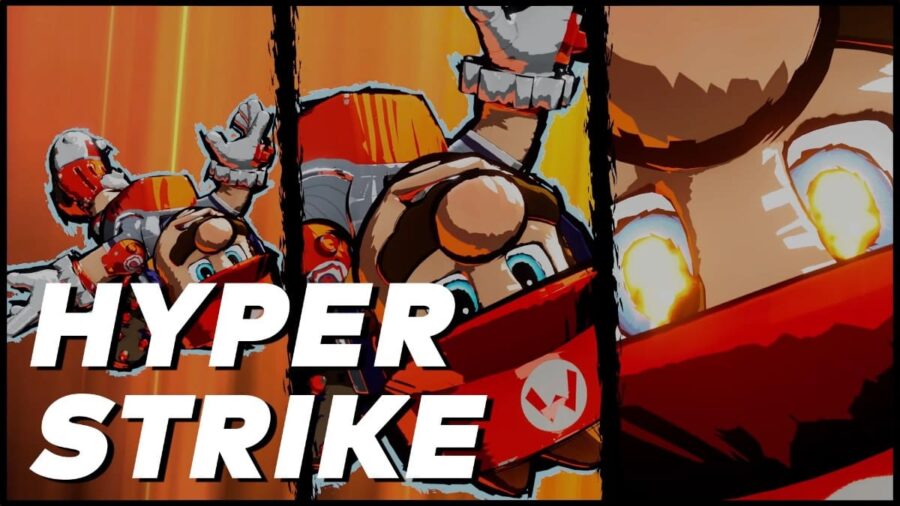 Mario has had his fair share of sports spinoffs over the years, but few franchises are as stylish and well-known in the genre as the Mario Strikers series. Here, players take control of various Mario characters and dominate the field using tackles, items, and Hyper Strikes to dominate matches. Here's what Hyper Strikes do and why they're critical in the Mario Strikers franchise.

Hyper Strikes are special moves that each character can perform during matches, provided they complete the following steps.

Related: When is the release date of Nintendo Switch Sports?

First, players must grab the Orb powerup when it appears randomly on the Mario Strikers field. This item grants the entire team Hyper Strike energy, meaning any player can enact a Hyper Strike.

Once you've got Hyper Strike Energy, charge up your shot when you've got room and opportunity. You can do so by holding the shoot button, aiming to register commands in the blue areas of the unique shot gauge. Be careful to avoid attempting this maneuver when your opponents are nearby, as they can knock you out of this animation. If the command completes successfully, the Hyper Strike activates.

A well-executed Hyper Strike creates a special attack based on which character players use. Luigi sends a tornado hurtling towards the goal while Mario launches a flaming bicycle kick at the goalie. Hyper Strikes are worth two points instead of one, making them a great way to wrack up points. Pick the Striker whose moves best fit your playstyle to come out on top with Hyper Strikes.

What are Hyper Strikes in Mario Strikers: Battle League?