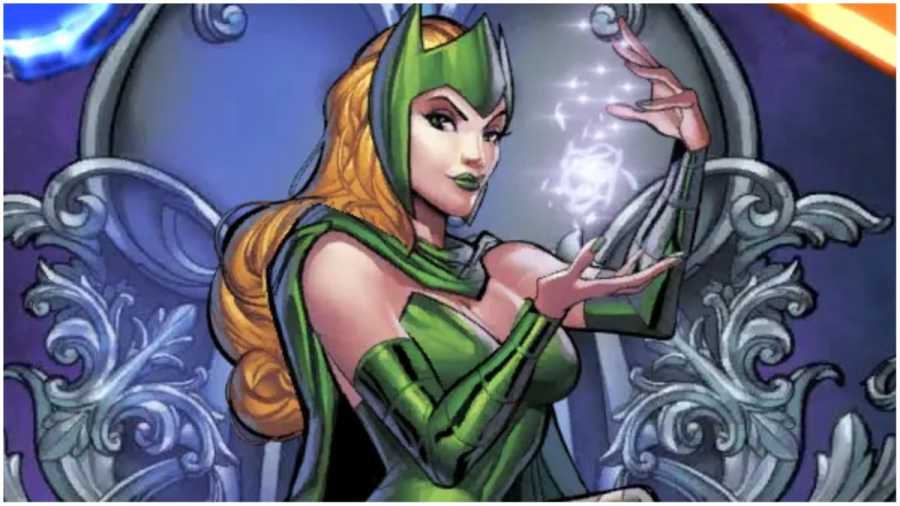 Mobile and PC collectible card game Marvel Snap sees players compete against each other in six-round battles. The more you play, the more cards become available, and you’ll eventually have hundreds to choose from. For each matchup, you put together a deck of 12 cards. But some are simpler to use than others. So how do you use the Enchantress card in Marvel Snap?

How to get Enchantress in Marvel Snap

In Marvel Snap, Enchantress is a Pool One card, which means you’ll get it as one of your first 50 or so cards. She is considered one of the better Pool One cards, as she has multiple uses. You can build around her as part of a Control deck or use her as a wild card in any other deck simply to mess with your opponent’s plans.

As a Disruptor, Enchantress is a powerful card. There are a lot of Ongoing-themed decks when playing against other Pool One opponents, thanks to six-cost cards Onslaught (doubles other Ongoing effects) and Spectrum (gives plus two Power to your Ongoing cards). She can take out three or four ongoing effects immediately in the perfect lane, often handing you the game.

Enchantress should be an ever-present card in a Marvel Snap Control Deck, at least until you get deep into Pool Three. The idea of a Control Deck is to give you maximum options while negating an opponent’s card effects, winning with low scores by messing with their plans.

While in Pool One, alongside Enchantress, you’ll want to include other disrupting cards, including Korg (puts Rocks in their deck), Scarlet Witch (changes a location ability), Cosmo (negates On Reveal abilities), and Spider-Woman (minus one Power to opponent cards). On the flip side, control your own destiny with Night Crawler (can be moved), Professor X (locks down a location), and America Chavez (always drawn in turn six).

How to use Enchantress in Marvel Snap