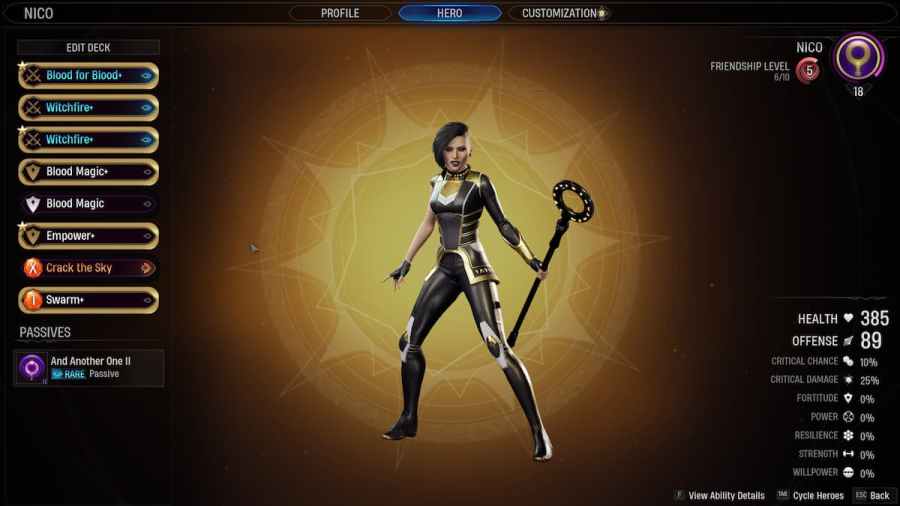 Nico is a support hero whose unpredictability is offset by the sheer power of her abilities. Nico focuses on buffing herself and her allies, with high-impact damage offset by random effects. The best abilities for Nico are:

Related: How to get Blueprints in Marvel’s Midnight Suns

How to play Nico in Marvel's Midnight Suns

Nico has a unique Roulette mechanic. Nico's cards that feature Roulette mean that the ability's exact effects will be determined when it is drawn into the hand. And Another One is Nico's Passive ability. Nico will have a chance to draw cards into the hand whenever other abilities are played. The percentage of the chance increases with Nico's friendship level with the Hunter.