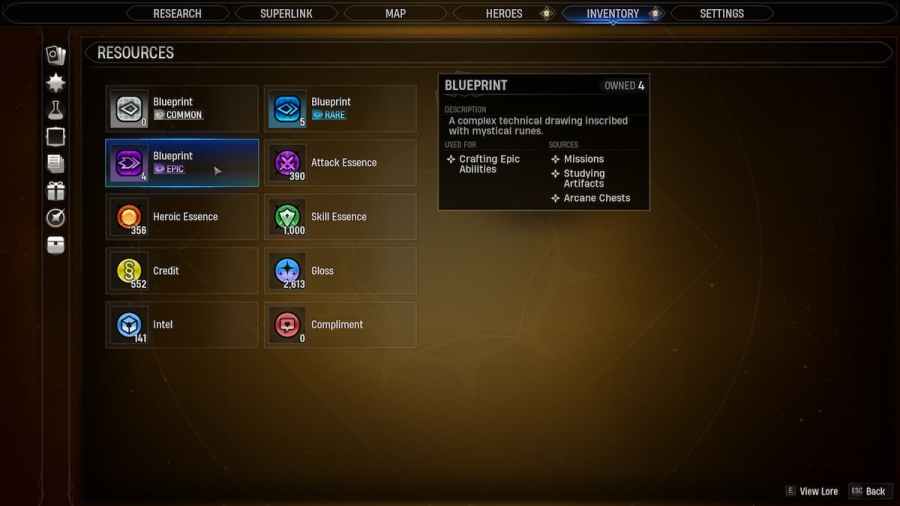 How to get Blueprints in Marvel's Midnight Suns

Blueprints have different rarities ranging from common to legendary. Legendary blueprints are extremely rare, while you can obtain common blueprints easily. The best ways to obtain blueprints are:

Related: How to get Credits in Marvel’s Midnight Suns

What are Blueprints used for in Marvel's Midnight Suns?

Blueprints are used alongside Essence to craft abilities at the Forge. To unlock this, you will need to complete the required ability crafting research project at the Forge.

Ability crafting allows you to create specific abilities that you desire rather than relying on the random rolls of Gamma Coils. Crafting abilities is a great way to gain additional abilities cards which can then be used to upgrade your cards.

How to get Blueprints in Marvel’s Midnight Suns