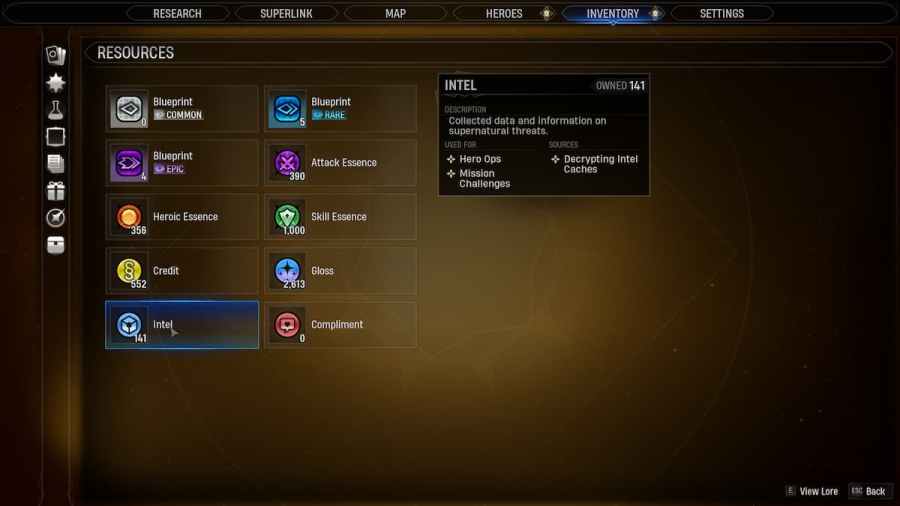 How to get Intel in Marvel's Midnight Suns?

Unlike other resources, you can only collect Intel in one way. Intel is obtained by decrypting Intel Caches at C.E.N.T.R.A.L. The amount of Intel you receive will depend on the rarity of the cache you decrypt. The higher the rarity, the more Intel you will receive.

Intel Caches are obtained from general missions at the Mirror Table that rewards Intel Caches. Missions rewarding Intel caches should be completed often to use Intel for Hero Ops to upgrade your squad.

Related: How to get Essence in Marvel’s Midnight Suns

What is Intel used for in Marvel's Midnight Suns?

Intel is collected data and information on supernatural threats obtained while on missions. Intel is used to send heroes on Hero Ops at C.E.N.T.R.A.L. Hero Ops allows you to send heroes on solo missions to receive experience and ability upon their return.

Once unlocked, you can also use intel for additional mission challenges to unlock extra rewards when completed. These rewards can be additional resources, gamma coils, or artifacts.

How to get Intel in Marvel’s Midnight Suns